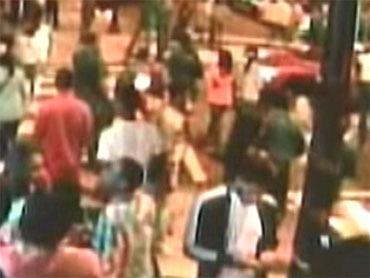 Since they first surfaced seven years ago, the "flash mob" phenomenon has swept the country, uniting large numbers of people -- often strangers -- for some moment of togetherness.

Today, word gets out about these impromptu gatherings through Facebook, Twitter and text messages. Then people gather, often in a well-trafficked, public area and do something together, whether it's dancing to a Beyonce song or for a snowball fight.

However, recent flash mob incidents have led some to ask -- Are these mobs a social phenomenon or simply a public menace?

As CBS News correspondent Manuel Gallegus reported, flash mobs have turned ugly. In Philadelphia last Saturday night, a flash mob turned violent, leading to several fights and an assault on a police officer. Several people were arrested. Gallegus added this is the fifth rowdy flash mob in that city in a year.

Click on the video below for Gallegus' full report.