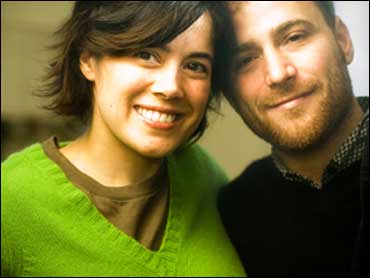 By the time I reach Flickr.com's Stewart Butterfield, he's well into multi-task mode. First he tells me he'll need to call back because he and his wife, Flickr co-founder Caterina Fake, have just finished a doctor's appointment — Caterina is about 20 weeks pregnant. When he rings me back 30 minutes, later our conversation takes place while he orders a coffee, navigates traffic in his Toyota Prius en route to his office in San Francisco and recounts his rise as a Web 2.0 pioneer. To be fair, he doesn't consider himself a pioneer, but that's undoubtedly what his legacy will be in an age of upstart start-ups.

"I really can't complain about my life right now," he says — and for good reason.

The father-to-be and dot-com millionaire has followed a path from toiling in the computer labs in the basement of the University of Victoria's Clearihue Building to managing one of the premiere online photo-sharing sites. Three years after its launch, Flickr now touts more than 7 million registered members. Butterfield says Flickr gets as many as a million photos uploaded per day from all over the world — with 80 percent viewable by the public. "We get people from Botswana, from India, you name it," he says."

Butterfield says part of Flickr's success was the perfect storm of cheaper consumer digital cameras and a desire for people to connect through photos and not just print them off to be tucked away in albums. "We're good at what we do. But Flickr was really a coming together of existing ideas and technologies. We were lucky, too."

In a sense Flickr has a direct connection to the Clearihue Building, since Butterfield says he spent hours there when the Web first took off in the '90s, exploring and networking with others in the genesis of the wired world. You could even say he was plugged into sharing music online before it became the massive market it is today. He would meet fans of the band Phish on Usenet and mail (yes, snail mail) them tapes (as in audio cassettes).

After graduation Butterfield got excited about the idea of reaching others through the Internet. As a philosophy major Butterfield says he gained some insight into what brings people together, especially the desire to connect with like-minded folk.

Flickr initially started as a component to an online role-playing game, Butterfield says, but the photo-sharing aspect of it quickly became the most popular. "I was a, well, 'heavy' might be the wrong connotation — I was a regular user of online games," he says.

In an age of curious-sounding Web-site names, "Flickr" came largely by accident. The domain owner of "flicker.com" wouldn't sell, so Caterina suggested "Flickr," which Butterfield says made the service stand out. "We always had to spell it out for people, which helped make it stick," he notes.

There are more than 300,000 photo groups within Flickr, each with its own niche focus. One of Butterfield's favorites is the "What's in your bag?" group, which asks people to empty the contents of their purse or backpack for the camera. But as if that's not specific enough, a splinter faction created, "What's REALLY in your bag?" — claiming that people were filtering or censoring some of the embarrassing stuff.

Flickr's contributors vary from all over the globe, from those who wish to stay in touch with family to those who seek fame and fortune. On the other hand, "We get letters from women in their 50s all the time who say they're getting into art, they love sharing their photos," says Butterfield. He adds that there's interest in expanding Flickr's role from photo clearinghouse/hub to full-fledged photo agency by helping shutterbugs and publishers connect. He says many casual Flickr users want to sell their pictures but aren't sure how to proceed with copyright or payment. On the flipside, media companies would love to tap into the wealth of material but can't always find it or the photographer.

Butterfield says Flickr is also serving as an outlet for news photographers, both amateur and professional, and offers a massive and immediate audience. When the Australian Embassy in Jakarta, Indonesia, was attacked in 2004, he says, "There were photos of the bombing up on Flickr before CNN showed it." It's an intrepid and dynamic group that subscribes to the Flickr model. It's growing all the time, and while he wouldn't discuss specifics, Butterfield said potential mobile phone partnerships only make sense.

Butterfield, for all his accomplishments — he and Caterina were among Time magazine's list of 100 influential people of 2006 — comes across as borderline shy on the phone … perhaps a combination of humble and pensive. He clearly loves what he does, and he appreciates his good fortune. At one point he did admit to having a collection of about 11 convex wall mirrors. I asked him why the interest in such reflective décor, but he had to cut the conversation short as he settled into his desk at Flickr and was inundated with requests from colleagues. I can only imagine there's the occasional moment when Butterfield passes by those mirrors, without the possibility of the image being captured by a prying camera, when he must reflect on how far he's come.

Daniel Sieberg is the CBS News science and technology correspondent in New York. He joined the network after several years with CNN. Sieberg contributed to CNN's Emmy Award-winning documentary, "Enemy Within" and received the Peabody Award for Significant and Meritorious Achievement in Broadcasting and Cable for his role in CNN's coverage of Hurricane Katrina. This article was first published in the University of Victoria alumni magazine Torch