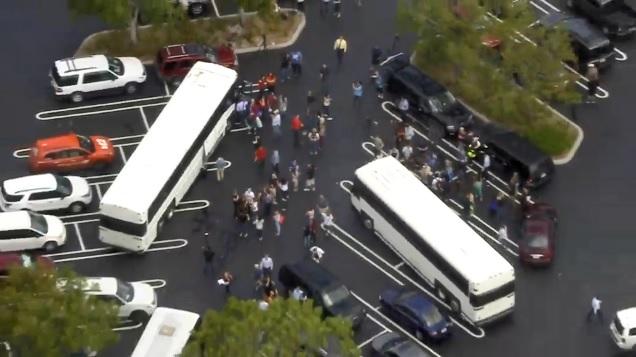 SUNRISE, Fla. -- Students from Marjory Stoneman Douglas High School in Parkland, Florida, have begun their 400-mile trip to the state's capital to pressure lawmakers on gun control. Roughly 100 students boarded three buses on Tuesday and will be making their case Wednesday once they arrive in Tallahassee.

CBS News correspondent Adriana Diaz, who's traveling aboard one of the buses, said the group wants "to do this for students everywhere and in the names of those 17 victims" who were tragically killed in the school shooting on February 14.

During their journey, Diaz spoke with Mallory, who is a junior at the school.

"We're talking in lieu of the families talking right now because they're in mourning," Mallory said. "So, for us, it's our job to be strong for them and speak for their kids who were victims in all of this. We would like to change their minds and create stricter gun laws. That's our goal here."

"We're kind of doing the job that these lawmakers are supposed to do, but we're students. Right now, it's kind of like a flip of positions because we're teaching them and they're going to be the students," she continued. "We're going to help them understand why this is so important to us and the whole country and the state."

According to Diaz, the students are working to come to a consensus with each other to about what they want to present to lawmakers.

They will meet with lawmakers to discuss gun legislation on Wednesday.

Cruz was booked into the Broward County Jail and was charged with 17 counts of premeditated murder. He appeared in court for the first time Thursday and was ordered to be held without bond.

The incident is the deadliest school shooting in the U.S. in five years.