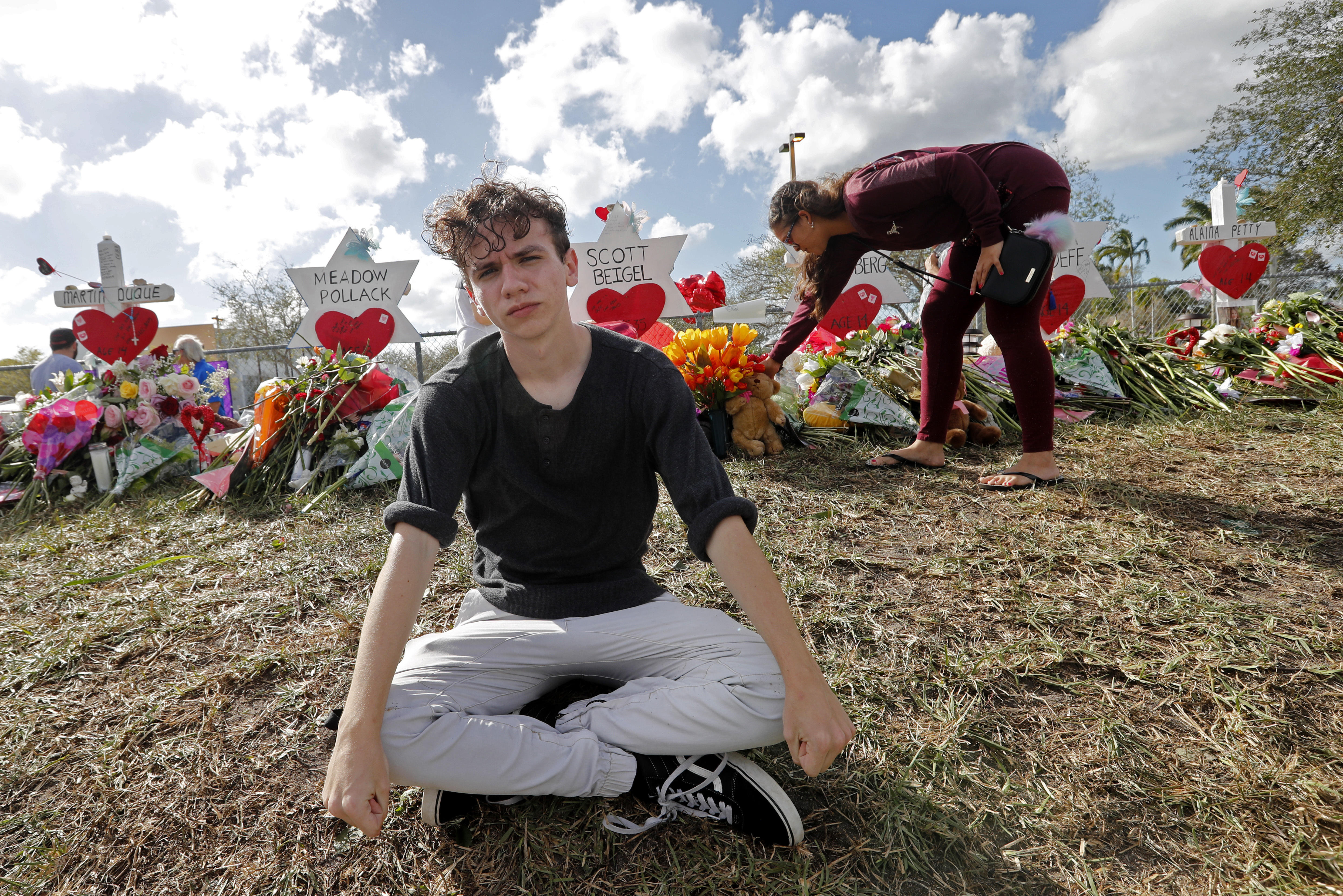 PARKLAND, Fla. -- A hundred Stoneman Douglas High School students are busing 400 miles to Florida's capital Tuesday to urge lawmakers to act to prevent a repeat of the massacre that killed 17 students and faculty last week. The students plan to hold a rally Wednesday in hopes that it will put pressure on the state's Republican-controlled Legislature to consider a sweeping package of gun-control laws, something some GOP lawmakers said Monday they would consider.

Shortly after the shooting, several legislative leaders were taken on a tour of the school to see the damage firsthand, and they appeared shaken afterward.

"I really think they are going to hear us out," said Chris Grady, a 19-year-old senior who is going on the trip. He said he hopes the trip will lead to some "commonsense laws like rigorous background checks."

The attack last Wednesday seemed to overcome the resistance of some in the state's leadership, which has rebuffed gun restrictions since Republicans took control of both the governor's office and Legislature in 1999. However, there is still strong resistance by many in the party to any gun-control measures, leaving the fate of new restrictions unclear.

Students also have vowed to exert pressure on Congress as the aftermath of the rampage resonates beyond Florida and from coast to coast. Hundreds of chanting protesters converged Monday on a downtown Los Angeles park, demanding tougher background checks and other gun-safety measures after the shooting. Some signs held up by the California demonstrators read, "Your Children Are Counting On You."

Sen. Bill Galvano, a Republican and the incoming Florida senate president, said the state Senate was preparing a package that would include raising the age to purchase any firearm to 21, creating a waiting period for purchasing any type of firearm, banning bump stocks that can enable semi-automatic guns to spray bullets quickly and creating gun-violence restraining orders.

Authorities said suspect Nikolas Cruz, 19, had a string of run-ins with school authorities that ended with his expulsion. Police also were repeatedly called to his house throughout his childhood.

Newly released documents reveal that in September 2016, an investigator with Florida's Department of Children and Families (DCF) visited the family to investigate allegations of medical neglect. The investigator noted Cruz had depression, ADHD and autism. He cut his arms in a Snapchat post and had "plans to go out and buy a gun," the investigator noted at the time.

Cruz's lawyers said there were repeated warning signs that he was mentally unstable and potentially violent.

Yet, he legally purchased the semi-automatic rifle authorities say was used in the school shooting. CBS News has learned Cruz purchased at least seven rifles in the last year.

"We need to make sure everything is working and to learn from the experience," said Galvano, who was among those who visited the school.

The Senate is also considering boosting spending on mental health programs for schools and giving law-enforcement greater power to involuntarily hold someone considered a danger to themselves. The body will also look at a proposal to deputize a teacher or someone else at school so they are authorized to have a gun.

State House leaders and Gov. Rick Scott also are considering possible changes to firearms rules but haven't given any details. Scott planned meetings Tuesday on school safety, and said he would announce proposals on mental health issues later in the week.

Still, some Republicans questioned whether additional gun restrictions are the answer.

"I really don't want to see this politicized into a gun debate," Republican Sen. Dennis Baxley.

Referring to gun-control advocates, he said, "Sometimes I wish they were right, that this would fix it, but it won't. ... We have a terrible problem with obesity, but we're not banning forks and spoons."

Federal law allows those 18 and over to buy rifles, and Cruz passed background checks necessary to obtain the weapons.

Cruz appeared in court for the first time Monday. Wearing a prison jumpsuit, he kept his head down and didn't appear to make eye contact with the judge or others in the courtroom, though he responded briefly to someone on the defense team. A previous appearance was by a video connection from jail.

His lawyers have said he will plead guilty if prosecutors agree not to pursue the death penalty. No decision has been made on that.

Since the attack, students from the school have become increasingly vocal in their demands for gun-control measures. Many have pointed out politicians who take financial support from the National Rifle Association, and some have lashed out at President Trump, saying he was busy blaming Democrats for failing to pass gun restrictions while taking no action of his own.

After staying largely mum in the last few days about the massacre and the escalating debate about weapons, Mr. Trump said Monday that he was supportive of a bipartisan effort to strengthen federal background checks for gun purchases.

Students are also calling for anti-gun violence demonstrations in Washington and other cities March 24.

Organizers behind the anti-Trump Women's March called for a 17-minute nationwide walkout by teachers and students on March 14, and a gun-control group was calling for a rally to ban assault weapons Wednesday at the Florida Capitol.