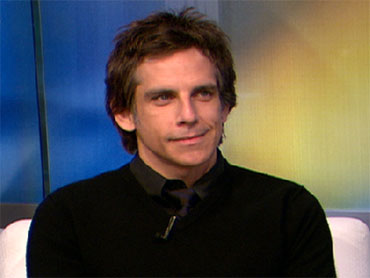 Ben Stiller will return to big-budget comedies with a Fockers sequel called "Little Fockers" and a "Zoolander" sequel that's currently being written that he says will be called either "Z2" or "Twolander."

Stiller, a genuine Hollywood leading man, has brought in close to $5 billion at the box office. But his new movie, "Greenberg," is a bit of a departure for him. Stiller plays a lost soul who meets a young one who may help him find his way.

Stiller said his character spends much of the movie coming to terms with what hasn't happened for him in life.

Stiller stars with newcomer Greta Gerwig. Their story, Stiller described as "an unlikely romance" about "imperfect people who can come together."

But why did Stiller, known for his bigger movies with mass appeal, take on this character?

He says it was all about the director Noah Baumbach's vision.

Stiller said, "It was exciting to get the script because (Baumbach) is interested in writing complex people and finding the humanity in them and finding the moments that are really just about people interacting and how we affect each other. Probably one of my favorite experiences ever."

For more with Stiller, including his "Avatar" dress-up appearance at the Academy Awards and information on his efforts in Haiti, click on the video below.