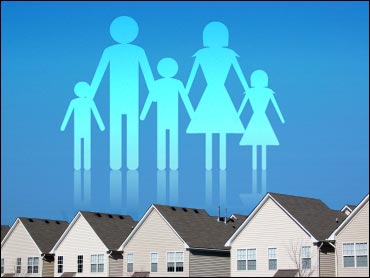 Money might buy happiness for some, but for most people having strong family ties is a much bigger predictor of contentment than income, a new study shows.

When researchers analyzed data tracking married people over a decade, they found that while income did contribute to happiness up to a point, the quality of family relationships was much more important.

The study is one of the first to examine the impact of economic and family changes over time.

"Much of the research on money and happiness has shown a strong association up to the point where basic needs are met, and that is what we found," researcher Rebecca J. North tells WebMD. "But after this point income has a diminishing impact on happiness."

North and colleagues from the University of Texas at Austin analyzed data from a study involving 274 married adults living in the San Francisco Bay area who were followed from 1981 to 1991.

Each of the participants completed surveys at four different time periods over the decade-long study designed to measure changes in family income, family support, and happiness.

"If you ask people about this, I think most would say that family relationships are more important than family income for happiness," North says. "But if you look at the way people allocate their time, you might get a different idea."

The findings may also have implications for how we measure our well-being at a national level, North and colleagues write in the June issue of the Journal of Family Psychology.

"Implicit in conventional policy making is an assumption that a strong economy can be equated with a society's well-being," they note. "Our findings underscore the importance of additional policy indicators that can tap the well-being of individuals and families at the psychosocial level to provide a more comprehensive understanding of a nation's well-being."

Different Perspective on Happiness and Money

The study adds to a growing body of happiness research, but it is far from the last word on the topic.

In a paper presented in April at the Brookings Institution in Washington, D.C., economists Betsey Stevenson, PhD, and Justin Wolfers, PhD, concluded that income does seem to be directly related to happiness, within societies and in personal terms.

Using polling data from both rich and poor countries, the researchers found personal satisfaction to be highest among people living in the richest countries. Within the countries, people with higher incomes tended to be happier than those with less money.

"We looked at 35 years' worth of data and found the relationship between income and happiness to be very strong," Stevenson tells WebMD.

The findings seem to contradict the idea that money is only related to happiness up to the point where basic needs are met.

"We didn't look at the super-rich, so we can't really say if Bill Gates is that much happier than the rest of us," Stevenson says.