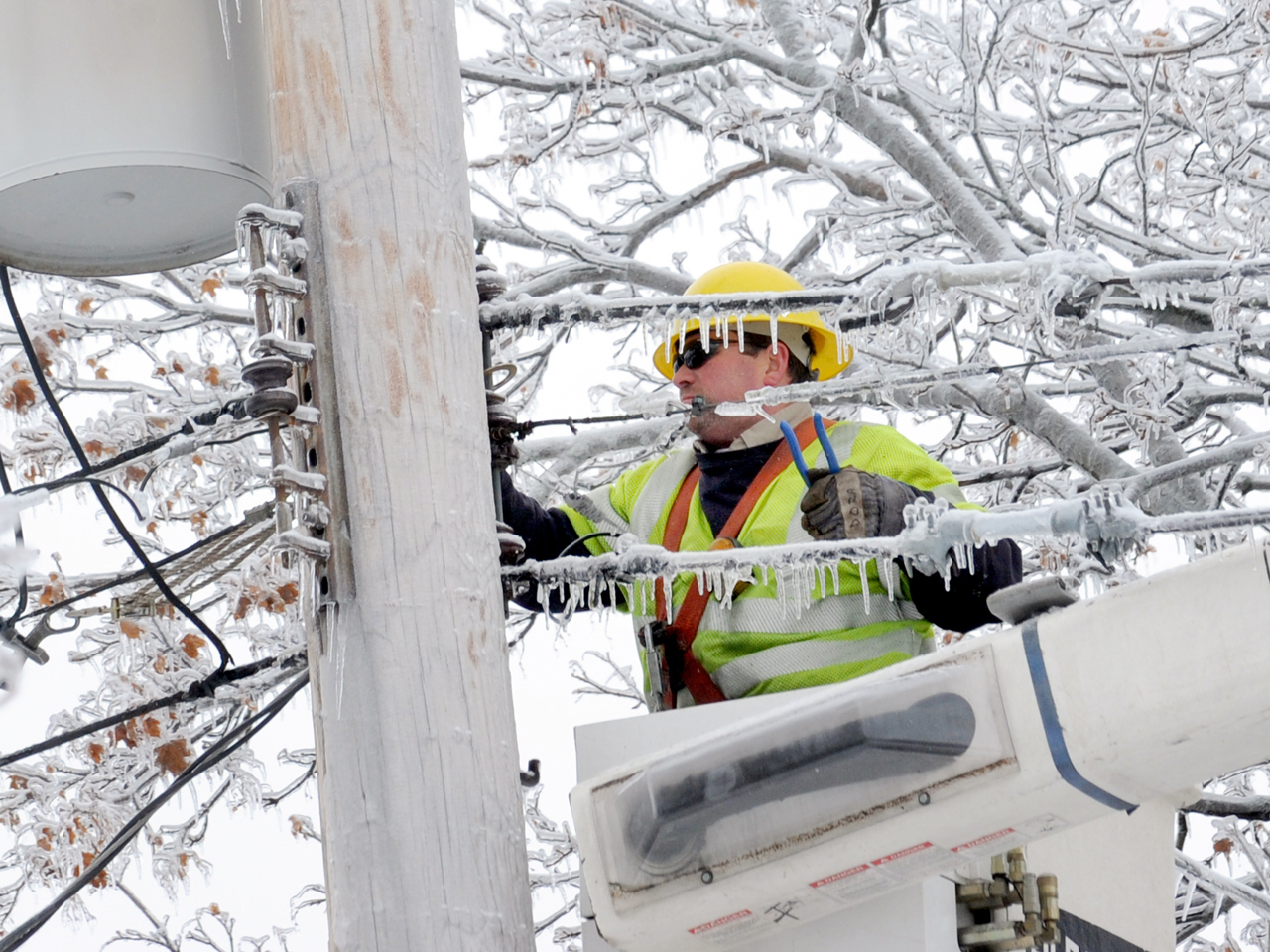 Some homes and businesses from Maine to Michigan and into Canada that have been without electricity since last weekend's ice storm may not get their power back for another day -- or longer.

In Michigan, about 105,000 homes and businesses were still without power early Thursday, down from more than 500,000 at the storm's peak. CMS Energy Corp. said some of its nearly 90,000 customers still offline may have to wait until Saturday to get power back.

Jackson-based CMS Energy Corp. says 86,500 of its customers were offline late Thursday morning. It says 348,000 of them have lost power at one time or another since the storm hit Saturday night.

Detroit-based DTE Energy Co. says about 11,000 of the 150,000 affected customers remain blacked out.

Lansing Board of Water & Light said Thursday the capital city's power system has about 4,400 customers offline out of 35,000 affected.

DTE says it "expects the last of its customers to be restored by the weekend."

Central Maine Power, with more than 24,000 customers still in the dark early Thursday, hoped to get power back for most by the end of the day but acknowledged that some will still be without electricity on Friday. More than 100,000 were without power at the storm's peak.

Bangor Hydro Electric in Maine is advising people it will be the end of the day Friday before its more than 11,000 customers are back on line. The number has fluctuated as some people get power back while others lose it. The utility said downed trees are the biggest problem facing line crews.

Utility crews from around the country are working around the clock to restore power, reports CBS News correspondent Terrell Brown.

So far, authorities blame the storm for 27 deaths -- 17 in the U.S. and 10 in Canada, including five who apparently died from carbon monoxide poisoning.

Public health officials are reminding people to leave portable generators outside their homes and garages and away from any windows, Brown points out.

More snow was forecast Thursday for Maine and parts of Michigan, and frigid temperatures were expected to keep ice from melting off power lines and tree branches, posing new risks for outages.

From 2 to 6 inches of snow could fall in parts of Maine.

"We've had two beautiful, sunny days in Maine and the ice isn't going anyplace," said Lynette Miller, spokeswoman for the Maine Emergency Management Agency. "They're very concerned about more weight coming down on trees that are already compromised by ice."

At a shelter set up in a school in Litchfield, Maine, Ashley Walter, 27, was still hunkered down with her husband, Jacob, and their month-old daughter, Leah. The family lost power on Saturday, got it back temporarily, then lost it again Sunday and have been without since.

Despite the challenge of being forced out of the house, especially at Christmas, the family was staying positive.

"It's definitely kind of strange but we're hanging in there," Ashley Walter said Wednesday. "We did our Christmas together last night. I packed little stockings and gave them to my husband, sisters and my daughter."

Trudy Lamoreau was supervising the emergency shelter where about 25 people stayed Tuesday night. Lamoreau, who's also the town manager, said they warmed the shelter with generators until the school got power back late Tuesday night.

"People are doing quite well considering the circumstances," she said.