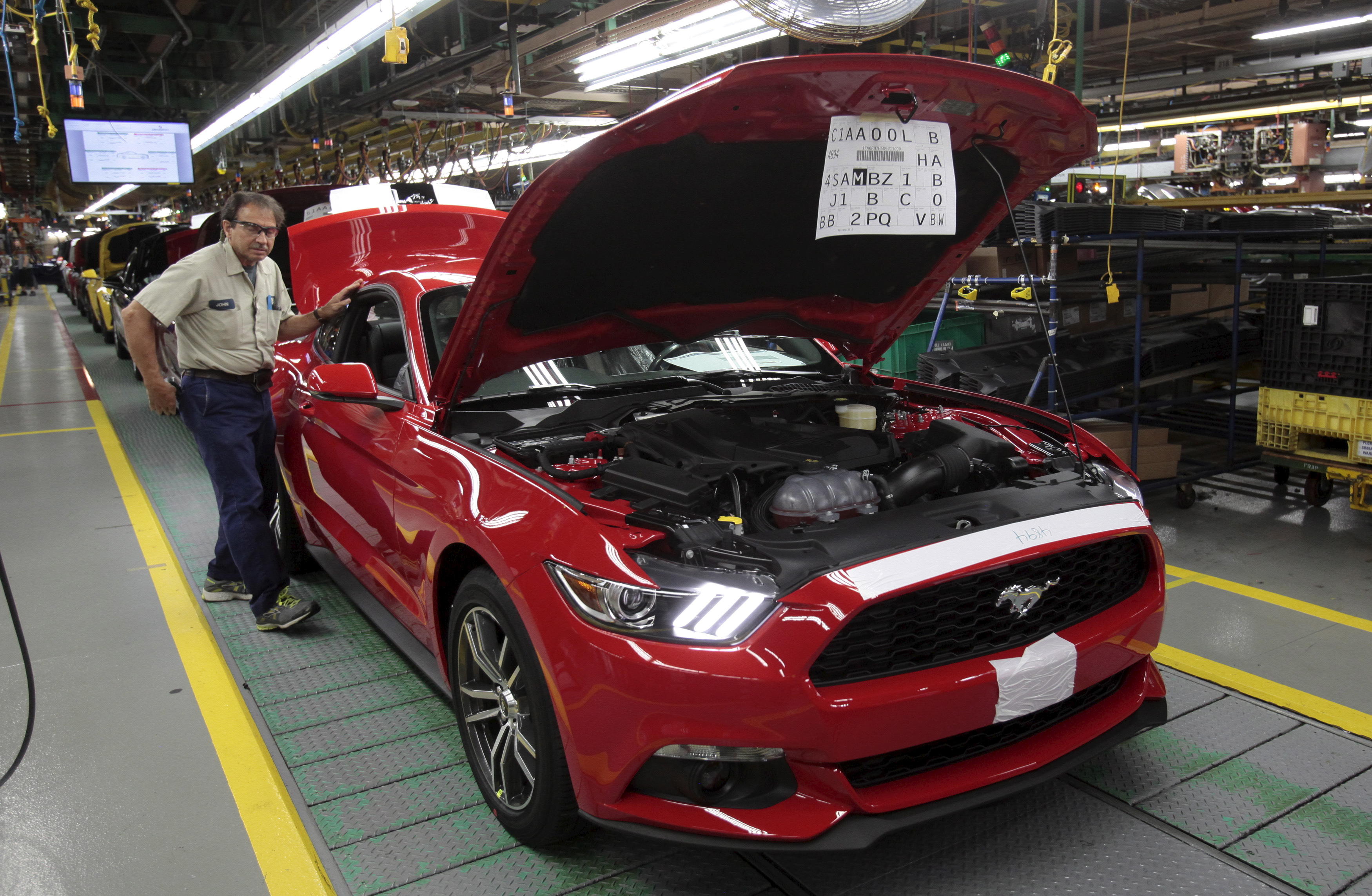 U.S. automaker Ford (F) announced Tuesday it is canceling a planned $1.6 million production facility in Mexico, while also investing $700 million in expanding a plant in Michigan to build electric and self-driving cars. The investment in the Flat Rock Assembly Plant, south of Detroit, would create 700 direct new jobs, the company said in a press release.

Ford CEO Mark Fields told CBSN the main reason for the change of plans was a market decline in the demand for small cars. “We just don’t need the capacity anymore,” he said.

“We look at a lot of different factors,” he said. “We do what’s right for the business, but one of the factors we look at is what we expect to be a more positive manufacturing business environment under President-elect Trump, and also looking at the pro-growth policies and reforms, both tax and regulatory reforms, that he’s been talking about. It is a consideration, and it is a vote of confidence that he’ll be able to deliver on those things.”

Fields confirmed that he spoke to Trump and Vice President-elect Mike Pence, who he said were “very pleased” at the announcement. Speaking earlier with CNN, however, he emphasized that the announcement was unrelated to Trump’s tweet Tuesday morning lambasting General Motors for supposedly importing Mexico-made cars.

Trump accused GM of shipping Chevrolet Cruze cars “tax free across [the] border.” GM responded, however, that only a small portion of the Cruze cars sold in the U.S. were made in Mexico. Most are manufactured in Lordstown, Ohio.

The company also said that seven of the 13 new global electrified vehicles it plans to introduce would be ready in the next five years in various markets. Those include hybrid versions of the F-150 pickup and Mustang in the U.S., a plug-in hybrid Transit Custom van in Europe and a fully electric SUV, which is expected to have a range of at least 300 miles, globally.

Another vehicle planned for the Flat Rock plant and scheduled to be available by 2021, Ford said, is “a high-volume autonomous vehicle designed for commercial ride hailing or ride sharing, starting in North America.” It’s a sign that Ford is moving into the rapidly crowding autonomous ride-sharing space. Uber, Google and GM are also in various stages of developing self-driving vehicles capable of picking up passengers.

Mexico’s Ministry of the Economy said in a statement that the government “regrets” Ford’s decision, and “has been assured that the company will refund any outlays that the San Luis Potosi state government has made to facilitate the project.”

“The UAW has long believed that companies that sell in our country should build their products in our country,” the union said in a statement. “We are proud of the quality of work in Lordstown with the Cruze sedan and we welcome Ford’s Flat Rock announcement today.”