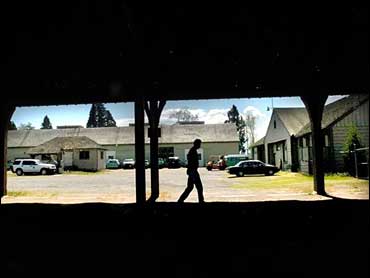 Looking for a sweet home in Sweet Home?

The Forest Service may have just the answer. Three houses in Sweet Home, a former logging town in Oregon's Willamette Valley, are for sale for $52,500, $69,000 and $78,000. The properties, built in the 1950s for workers in the Willamette National Forest, are no longer needed -- and frankly, the Forest Service could use the money.

Squeezed by record deficits, the decline of the timber industry and the revenue that produced, as well as demands of the new "healthy forests" law, the agency is looking to close some recreation sites and sell offices and ranger stations that bustled during the logging heyday decades ago but now sit idle.

Under legislation the Bush administration plans to push this year, the agency would sell hundreds of buildings, expanding on permission Congress gave in 2001 to sell as many as 10 properties a year. The first sale was completed in September 2004.

Officials hope to bring in up to $175 million over 10 years, while reducing maintenance costs by as much as $90 million for an inventory of 40,000 properties nationwide.

Some properties are already being advertised for sale on the Internet, including a 5.2-acre site with six buildings in Medford, Ore., near the Rogue River-Siskiyou National Forest. The property -- a radio shop and warehouse that are no longer needed -- could fetch $3.5 million.

Also being considered for sale are a blighted building in Los Angeles and a former ranger district complex in the Okanogan and Wenatchee national forests in Washington state.

"We just can't afford to keep up everything we have," said Richard Sowa, director of engineering for the Forest Service's Pacific Northwest region.

The inventory "made sense 40 years ago, but it doesn't make sense today," Sowa said. Forest Service staff in the Northwest has dropped by almost half since 1990, mainly due to cutbacks in logging that have slashed revenue from timber sales.

The agency also is marking some recreation sites such as campgrounds for possible closure, as it struggles to meet President Bush's proposal to cut its budget by 5.8 percent, to $4.07 billion.

The president's plan would boost spending by $56 million for projects to reduce the risk of catastrophic wildfires, but would cut spending in other areas. Chief among the proposed cuts are $40 million for state and private forestry programs, $81 million for maintenance of facilities and $20 million in land acquisition.

The moves underline the hard choices facing the Forest Service in its centennial year.

"This budget is a tight budget, and our priority is healthy forests and reducing the risk of catastrophic fire, so trade-offs have to be made," said Hank Kashdan, the agency's budget chief.

Some critics, however, see darker motives.

Starving the Forest Service of cash forces it to keep only the most lucrative sites and run public lands like a commercial enterprise, said Scott Silver of the Oregon group Wild Wilderness.

"It's the complete perversion of the meaning of public lands," Silver said.

Some Western lawmakers and environmental groups say the proposed cutbacks could limit the ability of local communities to fight wildfires, even as officials prepare for what many expect to be one of the worst wildfire seasons in memory.

"This is no time for the administration to cut the funding that allows us to do the work we need to do to protect lives and property," said City Councilman John Hummel of Bend, Ore.

He and other critics are especially concerned about cuts for state and local wildfire assistance, noting that 85 percent of lands at risk from wildfire are nonfederal.

But Forest Service officials say they have little choice.

As part of a long-term plan, all 155 national forests have been directed to rank recreation sites by cost, popularity and how closely they match what each forest designates as its likely audience.

Low-ranking sites may be shut, have their seasons trimmed or have services -- such as garbage collection or restrooms -- eliminated.

The actions come as the Forest Service again emphasizes programs to reduce fire risks by clearing small trees and underbrush that can feed large wildfires. The agency "treated" more than 4.2 million acres last year through thinning or controlled burns and expects to exceed that this year, said Dave Tenny, a deputy undersecretary of Agriculture.

The emphasis on fire suppression may be attractive to a public concerned about fires, but ultimately could prove counterproductive, said Lisa Gregory, a natural resource policy fellow at The Wilderness Society.

"The system is set up so essentially there's a bottomless pit of money available for fire suppression," Gregory said. "So when there is a big fire event, without limits the government will allocate money to that fire."

In five of the past six years, the agency has exceeded its suppression budget and borrowed from other programs, including many designed to prevent fires from occurring.