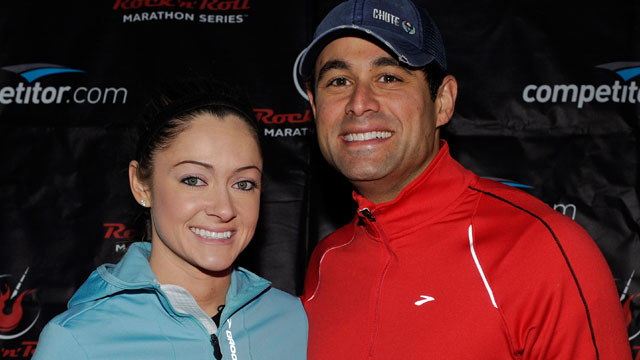 Jason and Molly Mesnick, who met on season 13 of "The Bachelor," welcomed a baby on Thursday, People reports.

PICS: Celebs and their cute kids

According to the news source, the baby girl (Riley Anne Mesnick) weighed in at 6 pounds, 8 ounces.

While Riley is the first child that Jason and Molly, 28, have had together, Jason is becoming a dad for the second time. The newborn will join Ty, Jason's eight-year-old son from a previous marriage.

"Ty has been asking for a sibling for so long," Jason said. "He was here earlier holding her and kissing her and it was really, really cute. We're so happy."