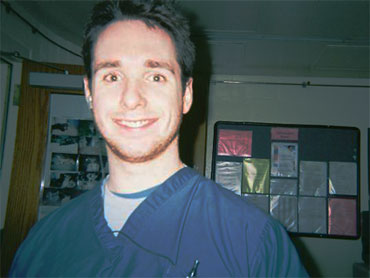 The former chief executive officer of CBS became the first member of the Augusta National Golf Club to resign in protest over the club's refusal to admit a woman member.

Thomas H. Wyman, a 25-year member of Augusta National, told The New York Times that club chairman Hootie Johnson's position not to admit women was unacceptable and "pigheaded." He estimated that as many as one quarter of the roughly 300 club members also support the admission of women.

"We are disappointed that Mr. Wyman has chosen to chosen to publicize a private matter," the club said in a statement faxed to CBS Radio News confirming Wyman's resignation. "While we respect that fact that there are differences of opinion on this issue, we intend to stand firmly behind our right to make what are both appropriate and private membership choices."

"I am not anxious to make this personal," Wyman said. "But Hootie keeps writing that there has not been a single case of protest in the membership. And he absolutely believes this will all go away. It will not go away and it should not. I know there is a large number of members, at least 50 to 75, who believe it is inevitable that there will be and should be a woman member.

"There are obviously some redneck, old-boy types down there, but there are a lot of very thoughtful, rational people in the membership and they feel as strongly as I do."

Martha Burk, chairwoman of the National Council of Women's Organizations, agrees that more resignations by corporate executives will follow.

"They run corporations that market to women. I do not see how they can continue to be members of August and seek women's dollars, unless change is in the air," she told CBS Radio News. "Corporate America cannot afford this embarrassment."

The debate over Augusta National's all-male membership escalated in July when Johnson denounced Martha Burk and the National Council of Women's Organizations for demanding a female member by the next Masters, in April.

The Masters already has dropped its three television sponsors to keep them out of the controversy, and Johnson said last month there was no chance Augusta National would have a female member in the near future.

Wyman also called on Augusta members and former Masters champions Arnold Palmer and Jack Nicklaus to support the admission of a woman member.

"Arnold Palmer and Jack Nicklaus could be very helpful with their voices," Wyman said. "It would be nice if they came out and said: 'Why can't there be a woman member?'"

Palmer and Nicklaus have been reluctant to talk about membership at Augusta National.

"I don't think I can lend anything to help the situation," Palmer told The Associated Press last month. "I'm a member, and I appreciate the fact I'm a member. And that's all I'm going to say about Augusta."

Wyman also said CBS should support the effort to admit a woman member.

"CBS could at least come out in favor of a commitment from Augusta National on the admission of a woman," Wyman said. "They have a constituency that cares about this issue and I was disappointed CBS didn't do more. They should say it is inevitable and it should happen sooner rather than later. People say that if CBS takes on Hootie they'll lose the tournament. I don't think that is so."

Wyman, 72, was CEO of the CBS television network from 1979-86 and was the chairman of the SG Warburg & Co., from 1992-96. He is currently a visiting scholar at Harvard Business School and at the Massachusetts Institute of Technology.