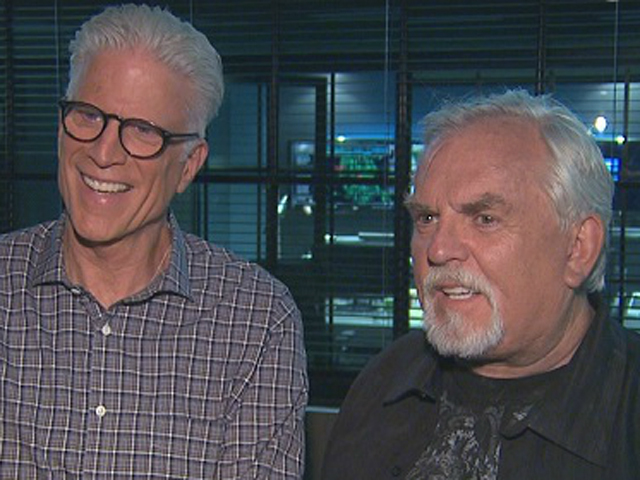 "CSI's" Ted Danson is reconnecting with former "Cheers" castmate John Ratzenberger, who will be guest starring on the gritty crime procedural this season. ET caught up with the two on the set of the show.

Danson and Ratzenberger were all smiles and laughs as they discussed the show and their ability to work together.

"We have a couple scenes," said Danson about the airtime he and Ratzenberger share.

"And a duet," Ratzenberger added, joking.

When asked if it's hard to work together because of their friendship, Danson revealed. "As we were running lines, I was sitting there going 'Wow. He's good.' I didn't even know my lines, and he's really good. So it will be hard."

Check out the video for more from the former Cheers members about their friendship, and whether or not a possible Cheers reunion could be something we might see in the future now that Kirstie Alley and Rhea Perlman, also former Cheers members, have reunited on the set of the TV Land show Kirstie.