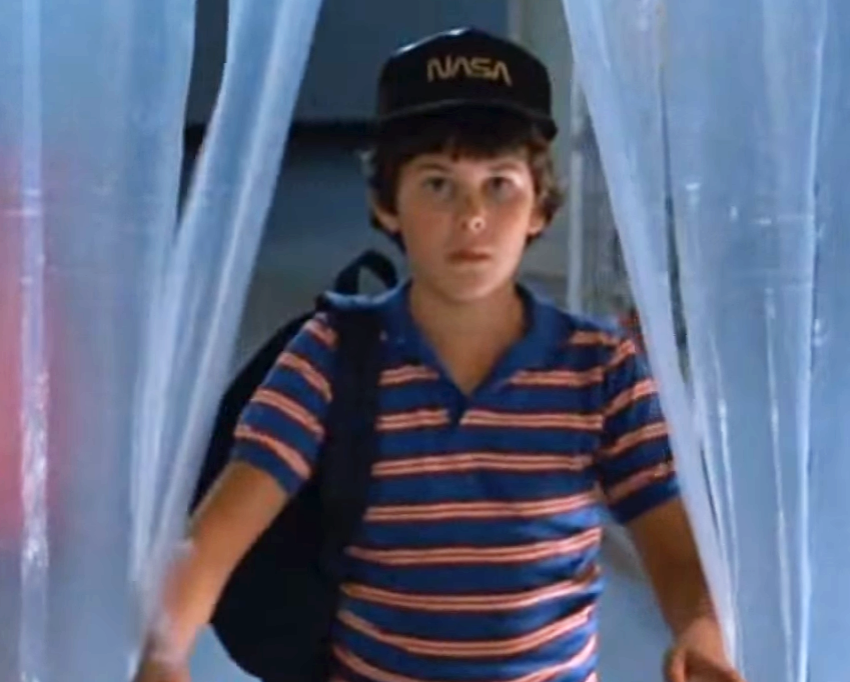 SECHELT, British Columbia -- A man who starred in Disney's 1986 adventure flick "Flight of the Navigator" when he was a child has been charged in connection with a bank robbery in British Columbia.

Police arrested Deleriyes Joe Cramer, 42, earlier this week after a man dressed in a disguise left a bank with an undisclosed amount of money.

Royal Canadian Mounted Police said a man wearing a wig of scraggly hair, a bandanna, sunglasses and a dark jacket, entered a bank on April 28 in Sechelt, British Columbia. Police said he demanded money and fled on foot. Police said no one was injured during the robbery and that Cramer drove off when he was approached by officers in the community northwest of Vancouver.

"Despite the fact that a disguise was used during the robbery, the suspect was quickly identified by some of our officers, who had recently dealt with him on an unrelated matter,' said Sunshine Coast Royal Canadian Mounted Police Constable Harrison Mohr.

Mohr said the man, also known as Joey Cramer, has been charged with robbery, disguise with intent to commit an indictable offence, failing to stop for a peace officer and dangerous operation of a motor vehicle in relation to the April 28 heist.

Cramer was 12 years old when he played a boy who has an adventure with an alien spaceship in "Flight of the Navigator." He also acted in the 1984 flick "Runaway" with Tom Selleck and the 1987 film "Stone Fox."