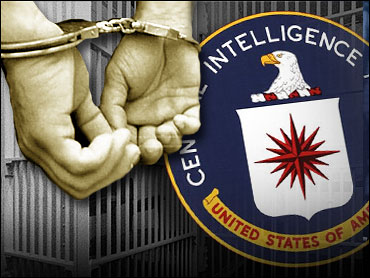 (AP / CBS)
Seven former CIA directors sent a letter to President Obama on Friday urging him to use his authority to reverse Attorney General Eric Holder's decision to re-open and pursue cases of prisoner abuse within the CIA in the wake of the terrorist attacks of Sept. 11, 2001.

"Attorney General Holder's decision to re-open the criminal investigation creates an atmosphere of continuous jeopardy for those whose cases the Department of Justice had previously declined to prosecute," the former officials wrote. "Moreover, there is no reason to expect that the re-opened criminal investigation will remain narrowly focused."

Allowing a political appointee to reopen an already-closed case would "seriously damage the willingness of many other intelligence officers to take risks to protect the country," the officials wrote, since they would run the risk of facing "endless criminal investigations" for actions that may have previously been deemed legal.

"Those men and women who undertake difficult intelligence assignments in the aftermath of an attack such as September 11 must believe there is permanence in the legal rules that govern their actions," the letter said.

Justice Department spokesperson Matthew Miller said Holder works closely with the intelligence community to keep people safe, and he does not believe their commitment to conduct that important work will waver in any way.

"The attorney general's decision to order a preliminary review into this matter was made in line with his duty to examine the facts and to follow the law," Miller said. "As he has made clear, the Department of Justice will not prosecute anyone who acted in good faith and within the scope of the legal guidance given by the Office of Legal Counsel regarding the interrogation of detainees."

In their letter today, the former officials warned the president that publicly airing information about past intelligence operations could help al Qaeda elude U.S. intelligence.

"Success in intelligence often depends on surprise and deception and on creating uncertainty in the mind of an enemy," they wrote. "Disclosures about CIA collection operations have and will continue to make it harder for intelligence officers to maintain the momentum of operations that have saved lives and helped protect America from further attacks."

Furthermore, they said, foriegn intelligence services may be less inclined to work with the United States if the investigation proceeds out of concern over the United States' ability to keep secrets.

Current CIA Director Leon Panetta has defended the CIA employees under scrutiny, saying it is his primary interest "to stand up for those officers who did what their country asked and who followed the legal guidance they were given."

The Obama administration has said the president believes the attorney general should be fully independent from the White House and will let Holder decide whether or not to pursue the investigation.

Mr. Obama is, however, creating a new, special interrogation unit to be supervised by the White House, called the High-Value Detainee Interrogation Group. The unit will be led by an FBI official, with members from across agencies. It will rely solely on the Army Field Manual when interrogating prisoners.