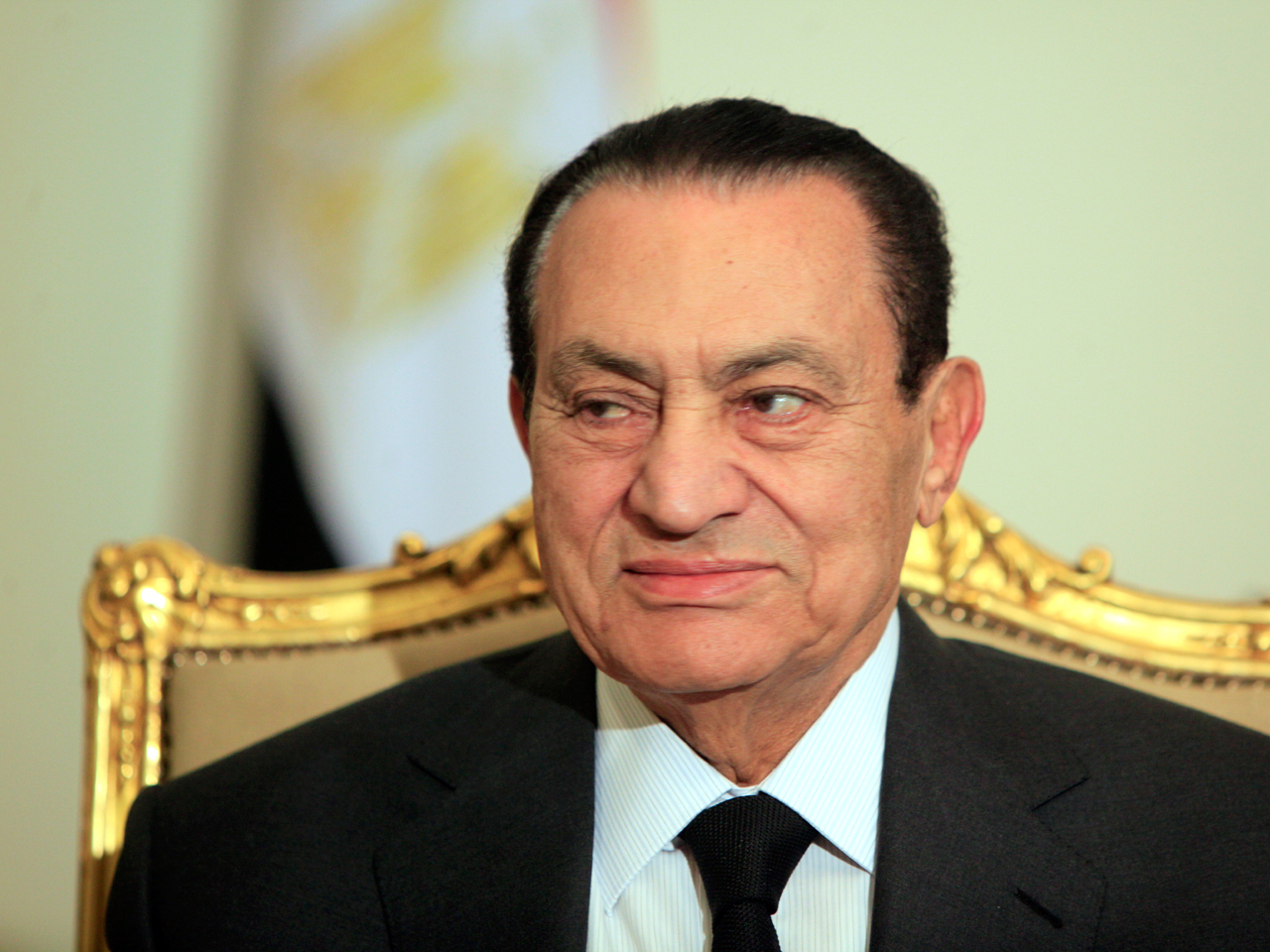 (CBS News) It was a moment that Egyptians never thought possible - that one day, the strongman who ruled their country for over 30 years would wind up caged and visibly enfeebled, facing charges of murder, embezzlement, and misuse of public funds, while a judge pronounced sentence in a court of law.

When former president Hosni Mubarak was wheeled into the courtroom back in July 2011 and gave a curt "Present, your honor" as the judge called out his name, the excitement and momentousness of the occasion was clear. People across the region sat glued to their television screens, transfixed by the image of a dictator toppled and the first grindings of a judicial process designed to hold him to account.

Now, 10 months later, the country is focused on elections and the upcoming transfer of power - and grappling with how that transition will take place. In what seems like an afterthought of the revolutionary moment, now long past, Mubarak, his sons and aides will have a verdict and sentencing tomorrow.

Mubarak faces three charges: Ordering the deaths of peaceful demonstrators who took to the streets back in January and February of last year; misuse of public funds relating to the negotiations behind the awarding of the natural gas export contract to Israel; and corruption for accepting a bribe from fugitive Egyptian businessman Hussein Salem.

Mubarak's sons face a corruption charge as well, in addition to a recent and separate accusation of insider trading on the stock market. All have pleaded not guilty.

Lawyers and analysts have broadly outlined three possible scenarios for the sentencing should Mubarak be found guilty.

The first is acquittal. From a legal and procedural perspective, the outcome is certainly a feasible one; lawyers and prosecutors involved in the case have complained often and repeatedly of tampered evidence, uncooperative and unreachable witnesses, and changing testimonies.

The general consensus is that the second scenario is most likely - that Mubarak will be found guilty on either one or both of the lesser charges relating to public funds and corruption and given a prison term.

For the murder charge, Mubarak could be sentenced to the death penalty. This third option is also the least likely; few observers believe that the Supreme Council of the Armed Forces - the junta of generals which has overseen Egypt's fitful and troubled transitional period - has the desire to see the former president hang.

According to Human Rights Watch, Mubarak could face anywhere from three years in prison to the death penalty if found guilty. His sons could serve up to three years in prison if found guilty, and the charges against former Interior Minister Habib al-Adly and his lieutenants carry potential sentences between one year in prison to the death penalty. All of the defendants have the right to appeal.

Meanwhile, the majority of Egyptians spend their days worried about the deteriorating economic situation of the country, the critical shortage and rising prices of gasoline, or the climate of insecurity and fear resulting from a rise in crime. On June 22 and 23, Egyptians will choose between two drastically different futures offered by a Muslim Brotherhood candidate and Mubarak's former prime minister, who has promised to re-stabilize the country using Mubarak-era methods of cracking down on troublemakers and public dissent.

But for tomorrow at least, the country will pause and watch as its formerly untouchable leader faces judgment.