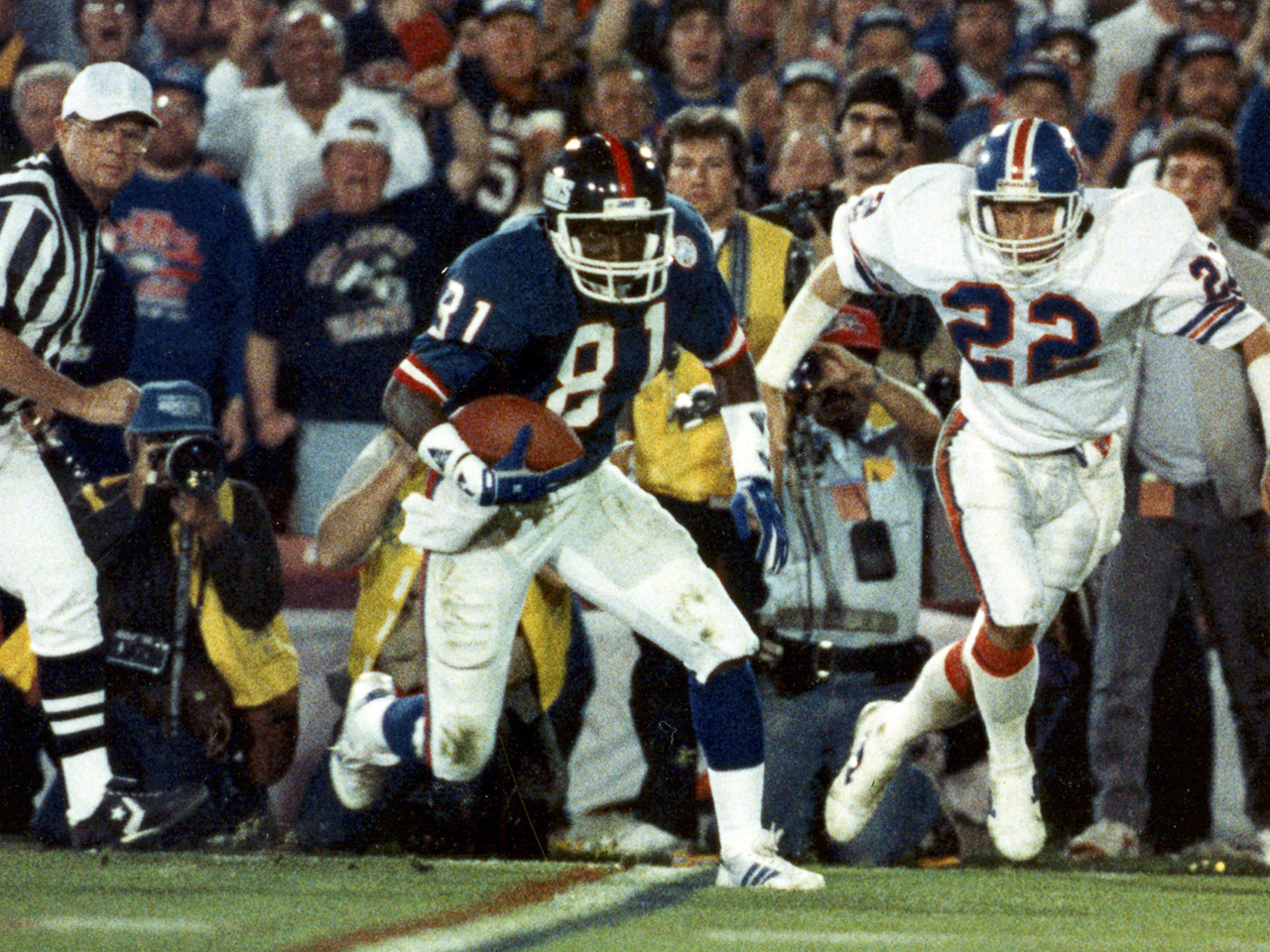 (AP) NEW YORK - Stacy Robinson, a wide receiver who won two Super Bowls with the New York Giants before working with the players' union, has died after a battle with cancer. He was 50.

"We are deeply saddened by the passing of Stacy Robinson," Giants co-owner John Mara said in announcing the death late Tuesday. "He was a good man who was loved and respected by his teammates and everyone in this organization. His work on behalf of the players association was of great benefit to many players. He will be missed. His family is in our thoughts and prayers."

The Giants did not release a cause or place of death. Robinson, who was born in St. Paul, Minn., was diagnosed with cancer in 2009, according to a family statement posted on the caringbridge.org hospice site. He underwent chemotherapy, a stem cell transplant and a bone marrow transplant provided by his son, Stacy, but entered hospice care on May 3.

Robinson played all six of his NFL seasons for the Giants after he was drafted 46th overall out of North Dakota State in 1985. Just 5-foot-11 with blazing speed, he wasn't unlike another receiver on the roster, Phil McConkey.

The lion's share of Robinson's 48 career receptions came in his second and best season, when he finished with 29 catches for 494 yards. His careers totals were modest — 749 yards and seven touchdowns in 43 games — but he did have three catches for 62 yards in New York's Super Bowl win over the Broncos and won another championship with the Giants in the 1991 Super Bowl.

Robinson retired six months later even after his agent was working out a one-year deal for $275,000.

"I really don't have the desire anymore," he told The New York Times. "I wish I could have taken that zest I had the last two or three years."

He was just 29, but didn't want to go through the "apprehension" of training camp and wanted to complete the final requirements for a master's degree in business administration from Fairleigh Dickinson.

He worked in recent years for the NFL Players Association, overseeing steroids and drug policy issues and including a stint as director of player development.

"Stacy Robinson mentored and supported countless NFL players and helped me transition into the NFLPA," tweeted George Atallah, a spokesman for the players' union. "A friend to many. I'll miss him dearly."

Robinson was on the North Dakota State team that won the 1983 Division II national championship. In all, he played in 31 games, catching 88 passes for 1,626 yards and 13 touchdowns for the Bison.

Robinson was in the final year of a three-year term with the North Dakota State Alumni Association Board of Directors and was selected to serve another three-year term, according to The Forum newspaper. A battle with cancer, he had told fellow board members, gave him a different perspective on life and that he was going to make NDSU a priority.

"So young, such a wonderful man," former teammate Mike Favor told The Forum. "An incredible Bison."

Funeral details were not disclosed. According to the caringbridge.org site, survivors include his wife, Nadine and three sons.

Common encourages young people to vote: "I think our future is bright"

Many know Common as the Grammy and Oscar-winning rapper and songwriter, but he is also a voting rights activist. As Election Day nears, he has been visiting battleground states and encouraging young people to vote.