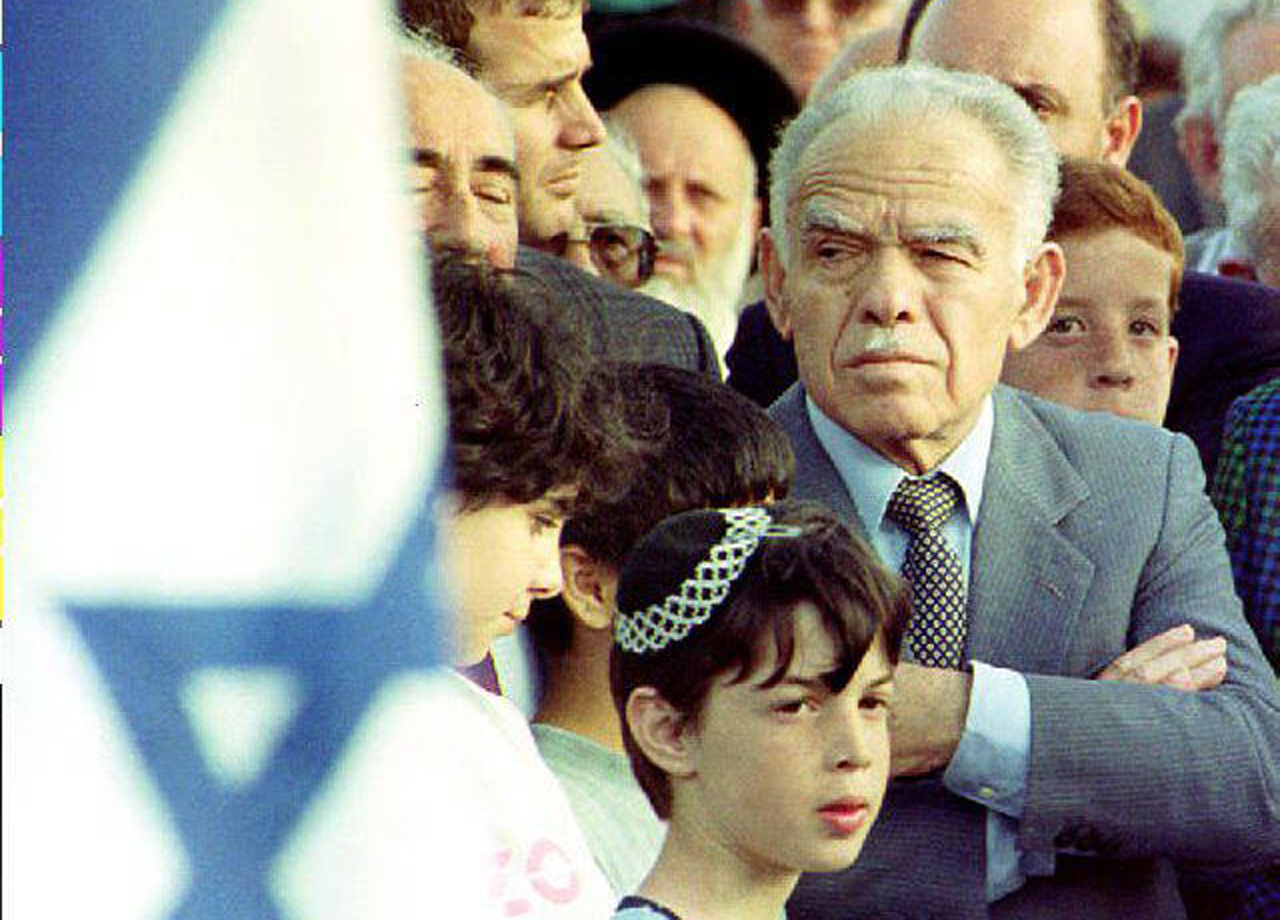 (AP) JERUSALEM - Former Israeli Prime Minister Yitzhak Shamir, who clung throughout his life to the belief that Israel should hang on to territory and never trust an Arab regime, has died. He was 96 years old.

Shamir served as prime minister for seven years, from 1983-84 and 1986-92, leading his party to election victories twice, despite lacking much of the outward charm and charisma that characterizes many modern politicians.

Barely over five feet tall and built like a block of granite, Shamir projected an image of uncompromising solidity at a time when Palestinians rose up in the West Bank and Gaza, demanding an end to Israeli occupation.

Defeated in the 1992 election, he stepped down as head of the Likud party and watched from the sidelines as his successor, Yitzhak Rabin, negotiated interim land-for-peace agreements with the Palestinians.

The agreements, including Palestinian leader Yasser Arafat's recognition of Israel, did nothing to ease his suspicion.

In a 1997 interview with the New York-based Jewish Post, he declared: "The Arabs will always dream to destroy us. I do not believe that they will recognize us as part of this region."

He embraced the ideology of the Revisionists — that Israel is the sole owner of all of the biblical Holy Land, made up of Israel, the West Bank and Jordan.

The Labor movement, in power for Israel's first three decades, agreed to a 1947 U.N.-proposed partition plan to allow the creation of the Jewish state alongside a Palestinian entity. To Shamir and other Revisionists, that was tantamount to treason.

In later years, asked his view of territorial compromise for peace, Shamir said often that Israel had already given up 80 percent of the Land of Israel — a reference to Jordan.

Born Yitzhak Jazernicki in Poland in 1915, he moved to pre-state Palestine in 1935. He joined Lehi, the most hardline of three Jewish movements resisting British mandatory authorities, taking over the Lehi leadership after the British killed its founder.

Captured twice, he escaped from two British detention camps and returned to resistance action. The second camp was in Djibouti, in Africa.

After Israel was founded in 1948, Shamir was in business for a few years before entering a career in Israel's Mossad spy agency. In the mid-1960s he emerged to join the right-wing Herut party, which evolved into the present-day Likud.

Shamir succeeded Menahem Begin as prime minister in 1983 in the aftermath of Israel's disastrous 1982 invasion of Lebanon.

His term was marked by the Palestinian uprising against Israeli occupation, and the 1991 Gulf war, when Iraq fired 39 Scud missiles at Israel.

During the Gulf war, Shamir went along with American demands not to retaliate for the Iraqi missile strikes. After the war, the United States stepped up pressure to start a Middle East process that could lead in only one direction — compromise with the Arabs.

Exasperated by Shamir's stubborn refusal to go along with their plans for a regional settlement, then-U.S. Secretary of State James Baker once went on television, recited the switchboard number of the White House and told Shamir to call when he got serious about peace.

In the end, American pressure bent even Shamir. Despite his deep mistrust of Arab intentions, he agreed to attend the 1991 Middle East peace conference in Madrid, sponsored by the United States and Russia.

His pleasure at the 1996 election victory of Likud leader Benjamin Netanyahu soured when Netanyahu continued to negotiate with the Palestinians and carry out land-for-security deals.

Before the 1999 election, Shamir resigned from the Likud and joined a new right-wing block called National Union, headed by Begin's son, Ze'ev Binyamin.

The party, which rejected any turnover of land to the Palestinians, won only four seats in parliament, though it had seven members of the outgoing legislature on its list.

In 2001, Shamir was given his nation's highest civilian honor, the Israel Prize awarded annually to outstanding citizens in several fields.

No date has yet been set for a funeral.