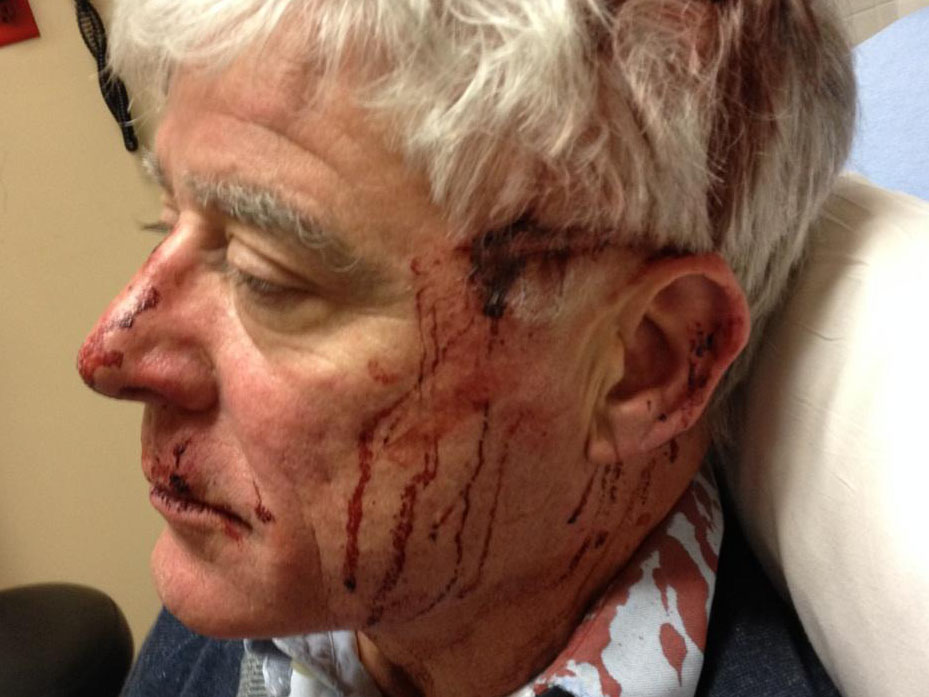 MINNEAPOLIS – The runner-up in the Minneapolis mayoral election is recovering after being robbed and brutally beaten at the Mall of America, CBS Minneapolis reported.

Mark Andrew, 63, was at a Starbucks inside the mall at around 7 p.m. Thursday when a man grabbed his phone off his table and ran off.

When Andrew went after him, he was tackled by two female teens – aged 18 and 17 — one of whom began beating him with a billy club. During the attack, they told Andrew, "We're going to kill you," police say.

Andrew was left with a large gash on his head that required nine stitches. He has since been released from the hospital.

Andrew said Friday that he chased after the thief because he's not a bystander by nature.

"If somebody is gonna do that to me or somebody else, I'm not a bystander by nature I’ll go in and fight," he said.

The two teens who attacked Andrew were arrested and are in custody, police say. The 18-year-old was identified as Letajia Shapree Cutler-Cain. She is being held pending felony charges of aiding and abetting aggravated robbery. The 17-year-old's name was not released because she is a minor.

Police are still searching for the male suspect.