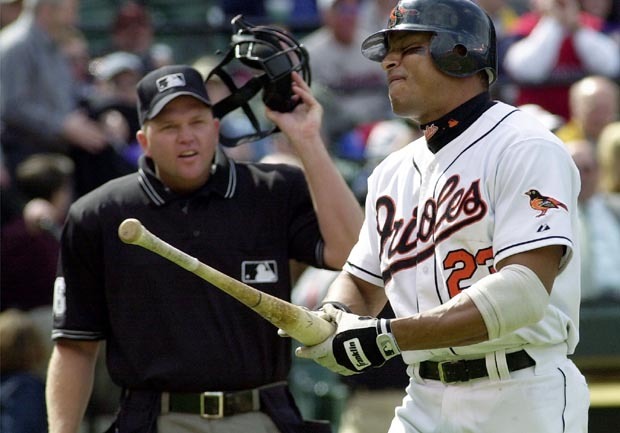 (CBS/AP) WASHINGTON - Former major leaguer David Segui says he was told as far back as 2001 that Roger Clemens' strength coach had kept evidence against the seven-time Cy Young Award winner.

Segui testified Thursday about a telephone conversion he had with Brian McNamee 11 years ago. Segui said McNamee "mentioned that he had kept darts to get his wife off his back."

The jury hearing the Clemens perjury trial will have to assume that "darts" means "needles." Segui wasn't allowed by the court to make that connection on the stand.

Segui's testimony is consistent with McNamee's, who testified last week he saved waste from an alleged 2001 steroids injection of Clemens to placate his wife.

Clemens is charged with lying to Congress when he denied using steroids and human growth hormone.

Clemens juror: "Why should we believe" McNamee?
Man testifies he saw Clemens at Canseco party
Clemens accuser: I "misspoke" about evidence

McNamee testified last week that after he injected Clemens with steroids in 2001 he stored the medical waste in a beer can to allay his wife's fears that he would become the fall guy if his involvement with drugs in baseball was ever exposed.

Hardin's zealous cross-examination of McNamee last week has given the government opportunities to seek admission of additional evidence. On Monday, Walton ruled that Hardin had opened the door for McNamee to name other players to whom he had supplied HGH, something the defense had fought vigorously to keep from the jury.

Also Thursday, a forensic examiner with the FBI said that tests on some of the vials, syringes and other items that McNamee handed over to authorities revealed residues of steroids on them. Under cross-examination, the examiner, Pamela Reynolds, said that she could not say how the steroids got there and who, if anyone, used them. The government will make that connection later, when it is expected to show that the medical waste contains Clemens' DNA.

CBS News producer Traci Caldwell reports that Jeremy Price, a chemist with an independent lab, also testified that traces of steroids were found.