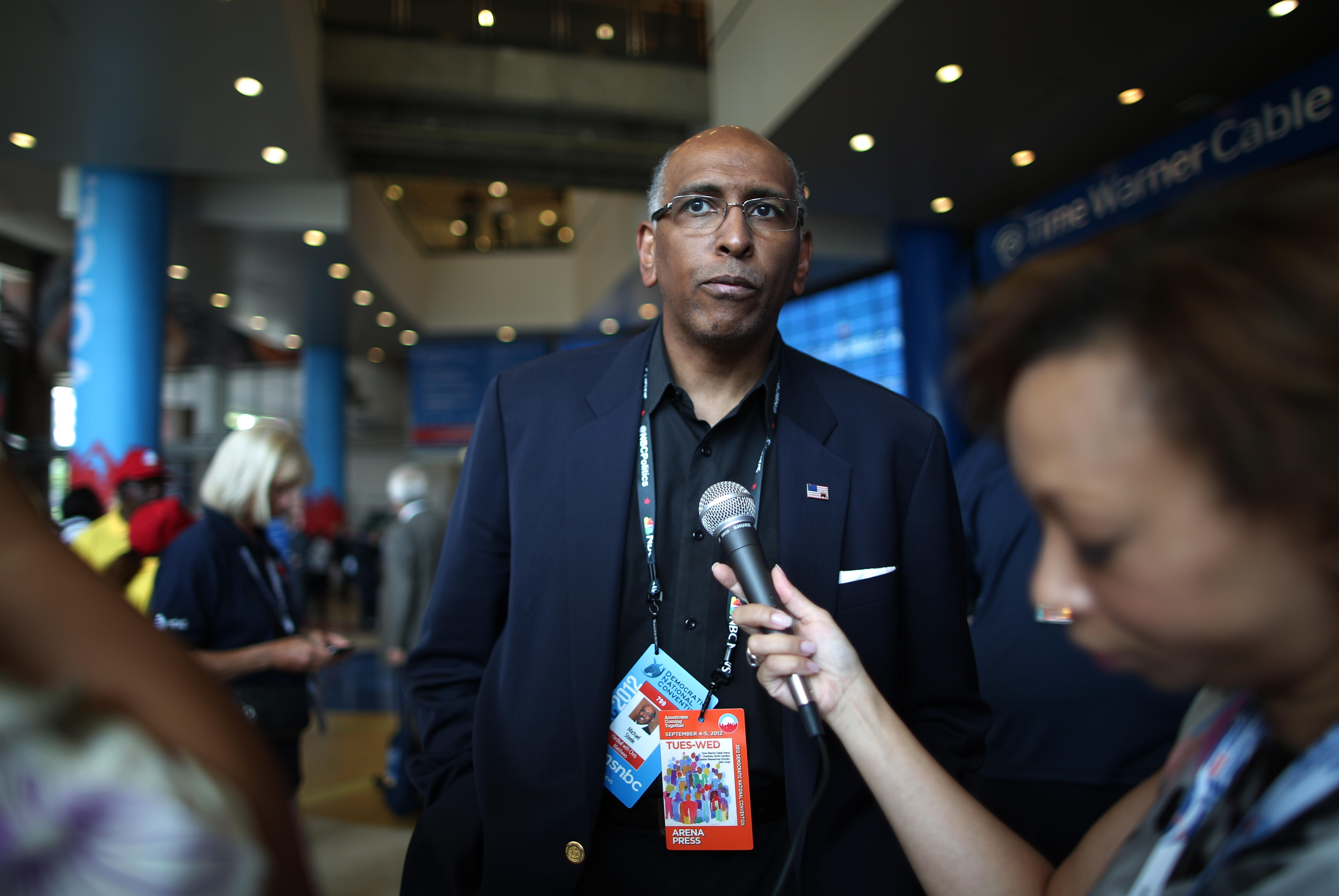 Former Republican National Committee chairman Michael Steele said he was shocked, disappointed and surprised after a spokesman for the Conservative Political Action Conference said Steele was elected to the position "because he was a black guy, that was the wrong thing to do."

CPAC communications director Ian Walters made the remarks at a dinner during the annual gathering of conservatives just outside Washington, D.C., Friday night, claiming Steele was made chairman of the Republican National Committee (RNC) in 2009 because of his race.

"We were somewhat lost as a group," Walters said of how CPAC attendees and conservatives generally felt in 2009. "We had just elected the first African-American president and that was a big deal. And that was a hill that we got over, and it was something that we were all proud of. And we weren't sure what to do. And a little bit of cynicism, what did we do? This is a terrible thing. We elected Mike Steele to be the RNC chair because he's a black guy, that was the wrong thing to do."

Steele told MSNBC's Joy-Ann Reid Friday night that he fears such comments are "endemic" of what's happening in the country, and the shift within the GOP is "concerning going forward."

"A little bit shocked. Very disappointed," Steele said on MSNBC, describing his initial reaction. "Surprised that people still in the party still feel this way and look at the contributions that anyone would make to the party through the prism of race. And so, it's unfortunate. It's stupid. It's immature. ... I hope it is not a reflection of the leadership of CPAC. I've participated in CPAC for many, many years, I've spoken at CPAC. And I think also Joyce it's almost endemic of what's going on in this country as well, and how quickly people revert to race and a weapon. And it's just, it's ignorant."

When Reid asked if he sensed the party has shifted toward openness regarding the views that Walters expressed, Steele, who was in charge of the party fro 2009 to 2011, said that is "clearly" the case.

"Clearly, clearly," Steele said. "And I think that's something that's going to be concerning going forward," Steele said. "It played itself out during the campaign, and we continue to see that."

On his Sirius XM radio show "Steele and Ungar" Saturday morning, Steele said he didn't know "in that moment what the hell" Walter was thinking "spewing that kind of stupidity."

On Twitter, Walters said he has apologized to Steele, "because the words I used don't capture my heart."

Steele confirmed on MSNBC that he has spoke with Walters, but said the spokesman's explanation and apology weren't enough.

Matt Schlapp, head of the American Conservative Union, which runs CPAC, appeared on "Steele and Ungar" Saturday morning to respond to Walters' comments.

Steele didn't hold back in expressing his frustration, and that the words used were more than just unfortunate.

"I've spent 41 years in this party. Forty-one. All right?" he told Schlapp. "I have taken crap you have no idea about, and I have carried this baggage. And for him to stand on that stage and denigrate my service to this party, and for you as a friend to sit there and go 'Well, you have been critical of this party...' There is only one word I can say, and I can't say it on this air."