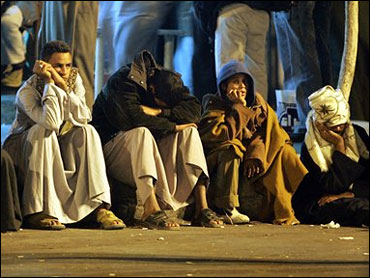 Formula One auto racing is coming to Indianapolis Speedway in 2000.

The event will give the famed track a third annual race. In addition the Indianapolis 500 on Memorial Day weekend, there also is the Brickyard 400 stock car race which became part of NASCAR's Winston Cup in 1994.

The date for the first U.S. Grand Prix Formula One race will be announced later. Track president Tony George said others will follow under the same agreement.

A 2½-mile road course will be built in the speedway to accommodate the race, which will be the first Formula One event in the United States since 1991.

"This is a project that we have pursued since 1991 and is now about to become a reality," George said in a prepared release.

This year, the International Race of Champions also made Indy part of its series.

The addition of a road course will be the first reconfiguration at the speedway since it was built in 1909.

"I know the speedway will look after us and see that we have a home for Formula One for years to come," said Bernie Ecclestone, Formula One's chief executive.

The race will start on the main straightaway of the 2½-mile oval and drivers will then negotiate a 13-turn course. The course will wind through the north infield, south on the current Hulman Boulevard, turn east just north of the Hall of Fame Museum and exit back onto the speedway's oval near Turn 2.

The cars then will run clockwise on the oval, which is the reverse of the direction used for the Indianapolis 500 and Brickyard 400.

Kevin Forbes, who designed the course, said the infield holes of the Brickyard Crossing golf course won't be affected.

The speedway announced that work on the multi-million dollar project for the race already has begun with the clearing out of the rooms outside the existing Tower Terrace grandstand, which will be torn down starting in December. Thirty-six Formula One garages topped by 12 suites will replace them.