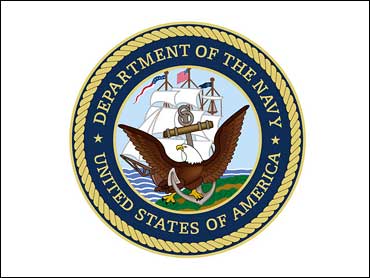 Gunmen robbed four commercial ships anchored near the southern oil hub of Basra in a rare attack off the Iraqi coast, the U.S. Navy said Sunday.

Two men armed with AK-47 rifles boarded the American ship Sagamore in the vicinity of an Iraqi oil terminal in the northern Persian Gulf at 4 a.m. on Aug. 8, taking computers, cell phones and money from crew members before fleeing the vessel after about 40 minutes on board, according to Lt. John Fage, a spokesman for the Navy's Fifth Fleet in Bahrain.

He said three other ships - the Antigua-flagged Armenia, the North Korean Crystal Wave and the Syrian Sana Star - were also robbed under similar circumstances during a two-hour period starting about 2 a.m. the same day. Other information about the attackers, including their nationalities, was not known, Fage said.

The seaborne robbery occurred about 20 miles off the port of Umm Qasr in an area patrolled jointly by the U.S. Navy and Iraqi sailors. American vessels in the area for routine security operations, including a guided missile destroyer, responded to the attacks, Fage said.

The attack at sea reflects concerns about an increase in crime in Iraq even as political violence ebbs, but Fage played down concerns it signaled a new threat to commercial traffic in the Gulf.

"We do maintain a constant presence. We do maintain a high state of vigilance in conducting security operations with our Iraqi partners," he said in a telephone interview.

Basra, Iraq's second-largest city, which is located near Umm Qasr, has been relatively quiet since a 2008 military crackdown that ended three years of Shiite militia rule, rampant crime and turmoil. The area and the surrounding province contain about 70 percent of Iraq's proven oil reserves of 115 billion barrels.

At least 14 people were killed and 30 wounded in violence Sunday, according to Iraqi police and hospital officials, speaking on condition of anonymity because they weren't authorized to release the information.

Three leaders of a government-backed Sunni militia that fights al Qaeda in Iraq were killed and a fourth wounded in a drive-by shooting as the men were leaving a mosque in the town of Jurf al-Sakhr south of Baghdad after their morning prayers, officials said.

Bombs killed two other members of the so-called Awakening Councils in separate attacks in the capital and to the west.

The decision by the groups to turn against the terror network was one of the major turning points of the war and members are frequently targeted by insurgents seeking to undermine security gains.

Most of Sunday's other attacks were aimed at Iraqi security forces.

In the northern city of Mosul, an Iraqi soldier was killed in a drive-by shooting, while a policeman was killed by a roadside bomb. Police also found the bullet-riddled body of an unidentified man in Mosul.

Two other people were killed in attacks targeting police in Baghdad.

Rush-hour bombings in the capital also hit commuters on their way to work, killing four and wounding at least 16.