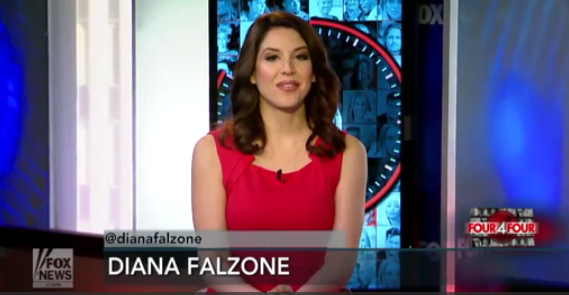 When Fox News reporter Diana Falzone sued the network this week alleging discrimination based on gender and disability, it drew attention to the medical condition she and millions of other American women suffer from: endometriosis.

In January, Falzone, who still works at Fox, wrote a personal article about her infertility due to endometriosis, an often painful condition in which uterine-lining tissue grow outside of the uterus.

Her suit claims that revelation "detracted from her sex appeal and made her less desirable" in the eyes of Fox executives, who ordered her off the air.

"CBS This Morning" asked Fox News to comment on Falzone's lawsuit but did not get a response.

In her article, Falzone recounts when she first learned of her diagnosis, which she called the "worst news of her life."

"I will likely never have a child and fulfill my greatest wish of being a mother," she writes. "When hit with the news that I am infertile, I could not stop crying. And not only was it very unlikely I'd ever conceive, my health was in jeopardy."

Endometriosis, sometimes called "endo," gets its name from the word endometrium, the tissue that normally lines the uterus or womb. In women with the condition, this tissue grows outside of the uterus and on other areas where it doesn't belong, most commonly on the ovaries or fallopian tubes.

Symptoms of endometriosis include very painful menstrual cramps, chronic lower back and pelvis pain, pain during or after sex, bleeding or spotting, and digestive issues. Many women with endometriosis have trouble with fertility and struggle to get pregnant.

Falzone says she was "reluctant to share the story of my infertility because it is so personal."

"But I was persuaded by the manager in my doctor's office to tell my story because, as she put it, 'Many women suffer in silence alone. Please share your story,'" she writes.

According to the Office on Women's Health, part of the U.S. Department of Health and Human Services, endometriosis may affect more than 11 percent of American women between the ages of 15 and 44.

The symptoms can be intense and life-altering, but some women do not show signs of the disease until they try to conceive or until, as in Falzone's case, their body is under acute attack.

Falzone describes the afternoon she became suddenly ill with heavy bleeding and intense pain on her right side.

A specialist discovered a mass in her uterus and told her she needed surgery immediately.

She underwent a 3 ½ -hour surgery on her uterus, ovaries and bladder to remove the endometrial tissue that was causing the excessive bleeding and paralyzing pain.

Months later, she completed two rounds of egg retrieval to save the eggs she had left, a process she calls "extremely taxing, both emotionally and physically."

There is no cure for endometriosis. Treatment options for symptoms include taking hormonal birth control, which can reduce pain and bleeding; pain medication, and surgery.

Falzone said she shared her story to help other women with endometriosis feel less afraid to advocate for themselves.

"The more we talk about women's health issues, the sooner we will get to finding cures and better treatment options," she writes. "You are not alone."