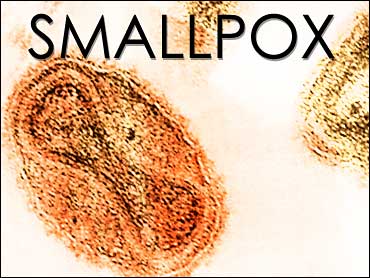 France said Wednesday that it does not have any samples of the smallpox virus, strongly denying United States assertions that France has retained supplies in violation of international rules.

Smallpox has plagued humans for centuries, and is thought to have killed more people than all wars and epidemics combined.

After a massive worldwide effort, the disease was declared eradicated in 1980, with authorized samples of the virus retained for future research in Russia and the U.S. only.

"France scrupulously respects its international engagements," Valero said. "Therefore, France does not possess any stocks of smallpox in its laboratories, either civilian or military."

U.S. officials said they believe France has small amounts of the virus for use in programs aimed at researching and mounting a defense to an outbreak of the disease.

Valero said France has limited its smallpox research to the search for a new-generation vaccine. Researchers have used only "authorized animal samples, which are not dangerous to man," he said.

The Bush administration is concerned that Iraq and North Korea could develop potent biological weapons with their samples, which are believed to exist in small amounts. Officials also fear lax security in Russia could allow other nations to obtain the deadly disease for use as a weapon.

Russia is thought to have a great deal more smallpox in its stockpiles than the small amount allowed for them under international agreements, according to the officials.

Al Qaeda is also believed to have sought samples of smallpox for weaponization, but U.S. officials don't believe the terror network is capable of mounting an attack with smallpox.

Evidence recovered in Afghanistan pointed to Osama bin Laden's interest in the disease, the U.S. official said, speaking on condition of anonymity.

"The general issue of smallpox does remain a concern," White House spokesman Ari Fleischer told reporters Tuesday aboard Air Force One. Fleischer said the administration does not think it likely that al Qaeda has smallpox reserves. The administration is uncertain about Iraq, he said.