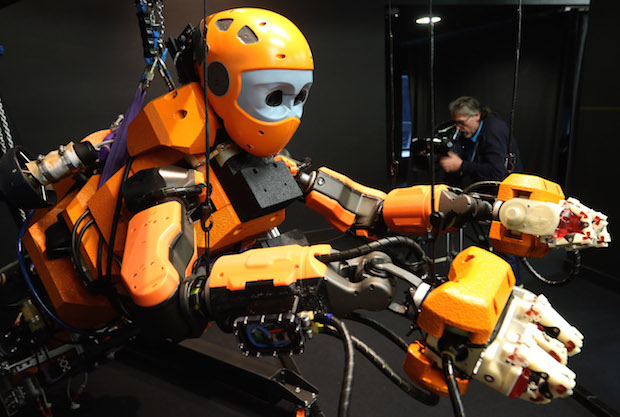 MARSEILLE, France -- French officials have unveiled a humanoid diving robot that they hope will give a big artificial hand to the practice of underwater archaeology.

Ocean One, which looks like something out of a scuba-diving sequel to "Transformers," is the work of a team of roboticists, including Oussama Khatib of Stanford University.

It is intended to help researchers explore underwater archaeological sites that are too deep to be explored by human divers.

It was unveiled by culture officials on Thursday in the French city of Marseille following a trial sifting through the wreckage of "The Moon," a 17th century warship, where it had managed to collect a delicate ceramic pot and bring it back to the surface.