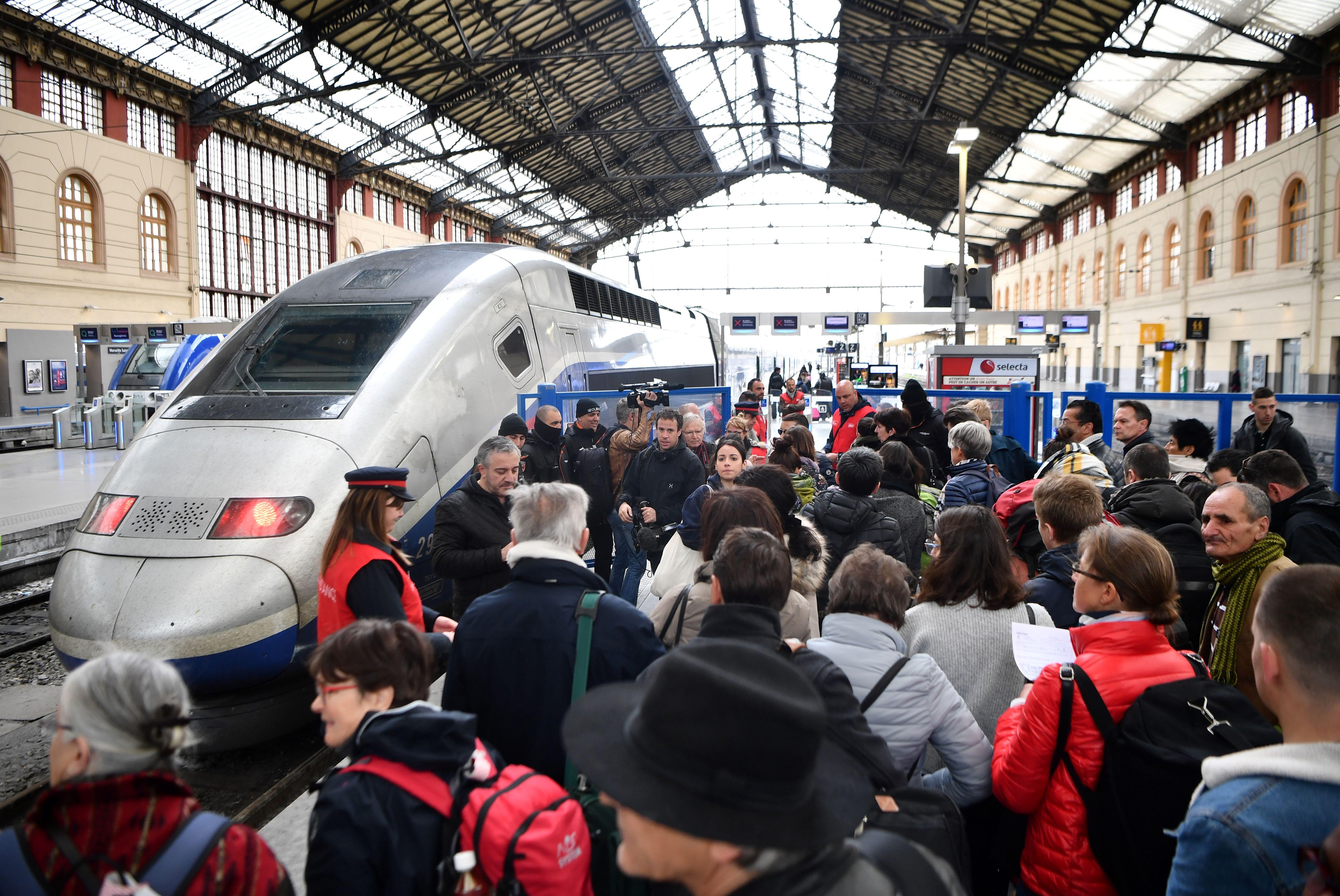 PARIS -- A major French railway strike brought the country's famed high-speed trains to a halt Tuesday, leaving passengers stranded or scrambling for other options -- and posing the biggest test so far for President Emmanuel Macron's economic strategy. The SNCF national rail authority said only about 12 percent of trains are running Tuesday, in the first of a series of strikes set to last three months. Traffic was also disrupted on Eurostar lines to Britain and trains to Germany, though most trains were running as usual.

CBS News Radio's Elaine Cobbe reports that the strike action led to massive traffic jams -- 264 miles of jams across the Paris region alone during Tuesday morning's rush hour. Cobbe says the strike plan is for workers to stay home for two days per week and then work three for the duration of the three-month action. The short work period will inevitably lead to extensive delays as the service tries to get back to normal, so Cobbe says busy regions like Paris will be affected on a continuous basis.

Passengers were ditching railways, hitching rides on traffic-clogged roads and sharing travel tips online. At the Gare de Lyon station in eastern Paris, platforms were so packed that commuters spilled over onto the tracks as they waited for elusive trains.

"Really this is catastrophic. Something needs to be done, we are the victims, we haven't done anything. We need to get to work like everyone else," said 56-year-old commuter Aziza Fleris.

"I was really positive this morning, but now. ... You should have seen what happened on the train. Some people felt unwell, women were crying. Children. This isn't normal."

Rail workers are protesting government plans to eliminate a special status that they've enjoyed for decades. The "cheminot" status effectively guarantees jobs for life and other benefits, in keeping with the image of France's railways as an essential pillar of the country's infrastructure and its public services.

Transport Minister Elisabeth Borne insisted Tuesday on BFM television that the reform is "indispensable." The government reform would maintain the status for existing workers but abolish it for new workers.

Unions say Macron -- a centrist former investment banker whom critics dub the president of the rich -- is threatening hard-fought French rights that workers in other countries envy, as well as damaging the whole idea of public service.

"The issue is this: Does the state want to use this public good to meet the needs of the common interest, or play Monopoly with the SNCF?" asked Thierry Nier, deputy head of the CGT-Cheminots train workers union, on Europe-1 radio.

He argued that "competition doesn't work" and hurts passengers.

Commuters were angry at the overall situation but not necessarily taking sides. SNCF has been warning travelers for several days to postpone their trips.

The railway sector reforms are among several measures Macron is pursuing to change the way the French work.

Strikes or demonstrations are also underway in other sectors: A quarter of Air France flights were cancelled Tuesday amid a strike for pay raises. Students were blocking campuses to protest plans to allow selection in state universities and garbage collectors were on strike to protest worsening working conditions.