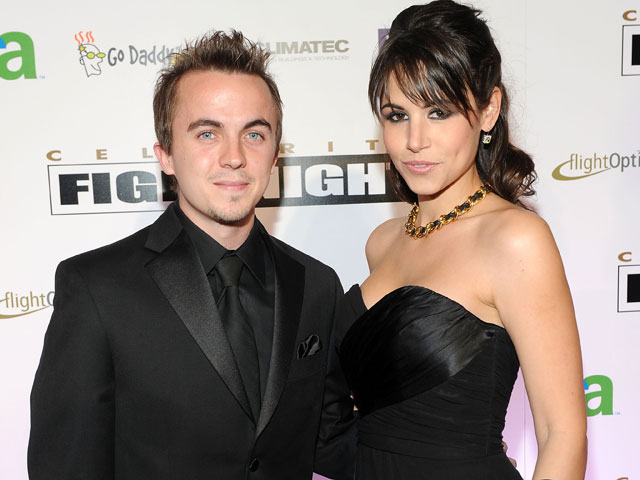 (CBS/AP) Phoenix police say they removed a gun from the home of actor Frankie Muniz after a domestic dispute with his girlfriend.

A police report filed Friday says Elycia Turnbow claims Muniz pulled out a gun and held it against his head after the two were arguing about prior relationships.

Turnbow told police that Muniz "grabbed a gun and held it to his head, possibly with the intent of committing suicide," according to TMZ, which obtained a copy of the report. She became worried and called one of his band mates to take him to a hospital.

The star of the "Malcom in the Middle" TV series told police that Turnbow was screaming and yelling at him when he "fell and hit his head," and that was why he went to the hospital. He also denied putting a gun to his head, and told police the gun wasn't loaded. But, according to TMZ, officers retrieved the gun from a downstairs closet of Muniz's home and it was loaded.

According to the report, Muniz was released a short time later and things exploded again later that night. According to the police report, Turnbow said he "punched her in the back of the head, and threw her into a wall while in the downstairs bedroom."

He denied punching his girlfriend, claiming that he was sleeping but was awakened by Turnbow "yelling at him and hitting him in the face." Muniz said he was defending himself when she "fell to the ground and started to kick the bedroom door."

TMZ reports that the handgun was impounded and the couple was warned they'd both go to jail if things got out of control again.

Muniz's rep released a statement Tuesday, saying, "Frankie and Elycia had an argument a few days ago. The police were called to the residence. A gun played no part in the argument and was voluntarily given to the police for safekeeping. There were no bruises and neither left the residence. He was not suicidal. She was not assaulted."

Less than 24 hours later, the two were reportedly spotted on a date, where sources said they spent a romantic evening together and seemed "completely care free."