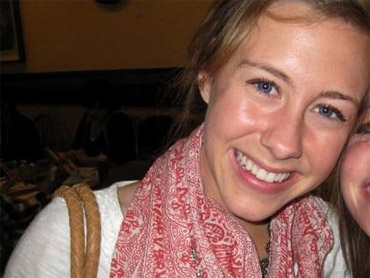 Authorities and volunteers are widening a search for a 17-year-old missing in San Diego County after a registered sex offender was arrested in connection with her disappearance.

Some 1,400 volunteer searchers and more than 100 law enforcement officers failed to find Chelsea King on Sunday, but evidence was found that led to the arrest of 30-year-old John Albert Gardner of Lake Elsinore, Calif. some 75 miles to the north, San Diego County Sheriff William Gore said on "The Early Show" Monday.

King disappeared on Thursday after going for a run near Lake Hodges at Rancho Bernardo Community Park in San Diego, a popular regional park full of running trails. Her car, with her cell phone and iPod inside, were found later that night.

"We definitely have a connection between Gardner and Chelsea King in connection with her disappearance," Gore said. "So, we'll be working with the district attorney. He will have an appearance in court today, and appropriate charges will be filed."

Gore wouldn't elaborate on the nature of the charges or evidence.

He told The Associated Press authorities were holding out hope that she would be found.

Chelsea's mother, Kelly King, told co-anchor Harry Smith, "We are staying focused on the ultimate objective, which is to bring Chelsea home. The outpouring of support and love and compassion that's gone into the search effort is indescribable. And we are eternally grateful. … "Ultimately (no matter what Gardner is charged with) … the focus is still on getting Chelsea home."

Her father, Brent King, told Smith, "Our daughter is the kind of girl you dream of. … She's respectful, she's bright, she's caring. She's everything you'd look for in a great person. And she's been that way since she showed up. And I just want to get her back. And .. we're all trying to get her back. We just need more help. Let's find her."

Gardner was taken into custody at a restaurant in Escondido shortly after 4 p.m. Sunday and was being questioned Sunday night.

"This investigation is ongoing and specific criminal charges are still being determined," Gore said at a news conference.

Investigators also suspect Gardner could be tied to a Dec. 27 assault on a female jogger from Colorado Springs, Gore said.

He was required to register as a sex offender because of a conviction for lewd or lascivious acts with a child under 14, the Megan's Law Web site said.

It was not immediately clear whether Gardner has hired an attorney.

Gore told the AP the search for King and for further evidence would expand beyond the park. "There are several searches going on around the county," Gore said. "We are going to refocus some of our search efforts."

Chelsea King's BMW was found in the park after she failed to return to her home in suburban Poway, Calif. on Thursday, sheriff's spokeswoman Jan Caldwell said.

The search for the straight-A senior at Poway High School also took to the Internet, where a Facebook page generated more than 24,000 fans. A Web site was created, FindChelsea.com.