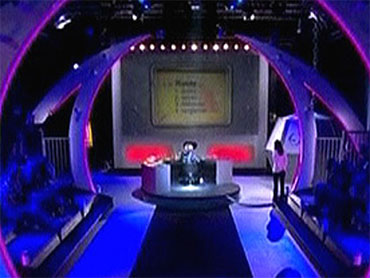 What would it take for you to administer potentially deadly electric shocks to a complete stranger who's done nothing wrong except answer a question incorrectly? Maybe just television cameras.

The Game of Death, a French TV show, explores that very question. Under the guise of a game show, complete with a studio audience, contestants pose various trivia questions to another participant. If the answer is incorrect, contestants literally flip the switch and shock the other player, with the voltage increasing (all the way up to 460 volts) as wrong answers continue to flow in, according to a Sky News report.

The player on the other end of the electric current is an actor (a fact not known by the other contestants) and plays the part convincingly, howling in pain and begging for release until the cries stop, presumably because he's dead.

According to the show's producer, Christophe Nick, a whopping 80 percent of contestants went all the way up to the maximum voltage. Only 16 of the 80 players refused.

The experiment replicates one done by Yale social psychologist Stanley Milgrim in the early 1960s, in part to seek insight into how Nazis could commit wartime atrocities. In his experiments, around 65 percent of participants "shocked" an actor to the maximum voltage.

Of course, in the Game of Death, there are cameras and an audience chanting "punishment" to add to the pressure.

"I was worried about the contestant," one player said, according to Sky News. "At the same time, I was afraid to spoil the program."

Another contestant that administered the full shock was actually the granddaughter of Jews persecuted by the Nazis.

"Since I was a little girl, I have always asked myself why the Nazis did it," she said. "How could they obey such orders? And there I was, obeying them myself."

Psychologist Jacques Semelin was critical of the results, telling Sky News that the cameras and the audience were "elements of manipulation" for the contestants.

But psychologist Jean-Leon Beauvois, who took part in the experiment, told Sky that was part of the point.

"The questioners are in the grip of the authority of television."