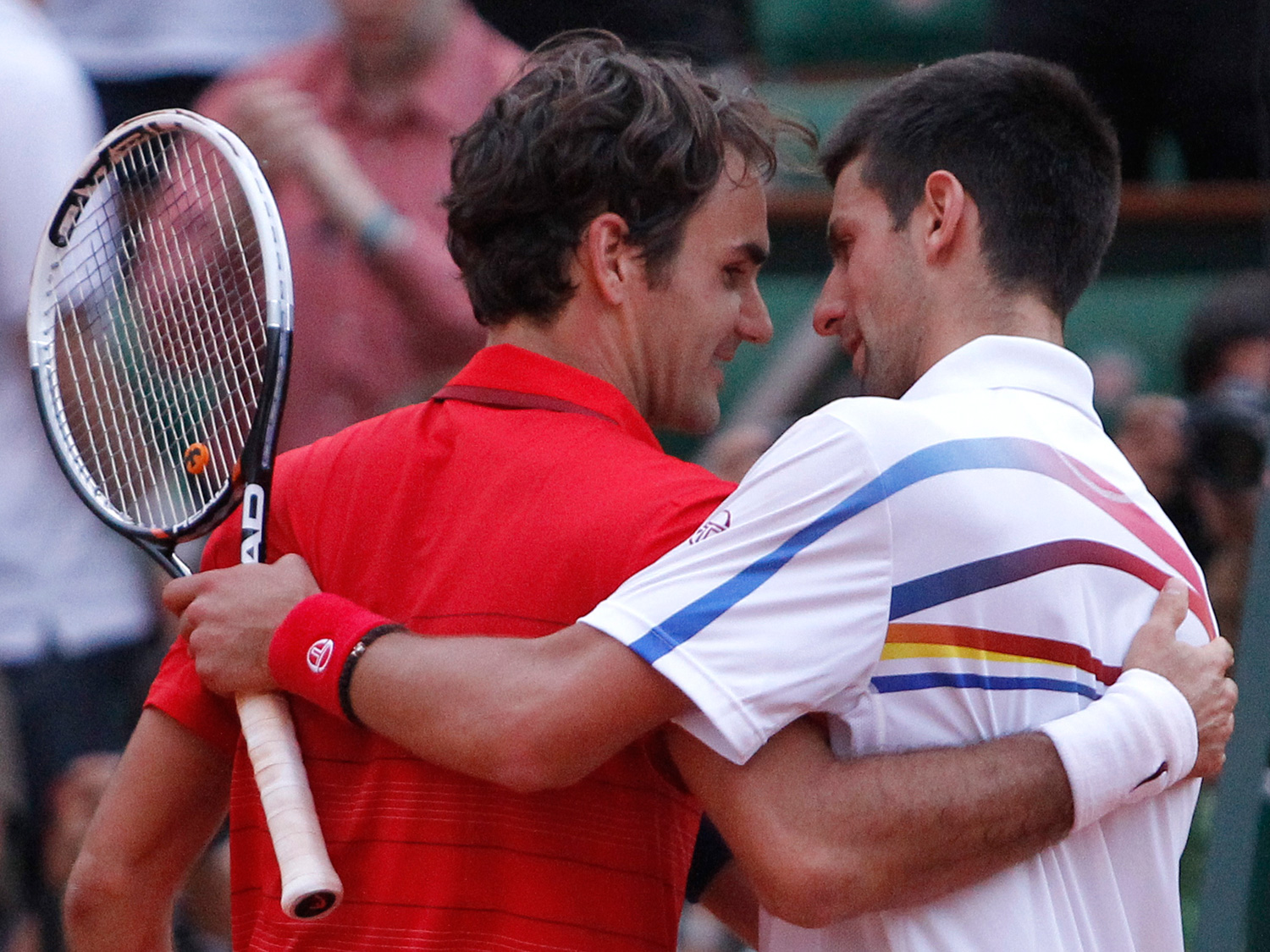 Friday's draw set them up to face each other in Paris at the same stage as last year, when Federer beat Djokovic in four epic sets to end the Serb's 43-match winning streak that dated to December 2010.

That was Djokovic's last loss at a major tournament: Since then, he won the titles at Wimbledon, the U.S. Open and Australian Open. He's trying to become the first man since Rod Laver in 1969 to win four Grand Slam trophies in a row.

Djokovic's quarterfinal opponent could be No. 5 Jo-Wilfried Tsonga of France. Other possible quarterfinal matchups: Federer vs. 2009 U.S. Open champion Juan Martin del Potro or No. 7 Tomas Berdych; six-time French Open champion Rafael Nadal vs. No. 8 Janko Tipsarevic; and No. 4 Andy Murray vs. No. 6 David Ferrer.

The highlight of the women's quarterfinals set up in Friday's draw could be Serena Williams against Maria Sharapova.

Williams owns 13 major titles, including the 2002 French Open, while Sharapova is hoping to complete a career Grand Slam with her first title in Paris.

In her first Grand Slam tournament since revealing she has an autoimmune disease, seven-time major champion Venus Williams could meet Radwanska in the second round and 2009 French Open champion Svetlana Kuznetsova in the third.

Seeded No. 1 at the French Open for the first time, Djokovic will play 97th-ranked Potito Starace of Italy in the first round and could face two-time major champion Lleyton Hewitt in the second.

Starace was ranked as high as 27th in 2007, but later that year he was suspended for six weeks and fined $30,000 for betting on tennis matches involving other players.

Nadal will begin his attempt to win a record seventh title at Roland Garros, breaking a tie with Bjorn Borg, by facing 111th-ranked Simone Bolelli of Italy. Nadal might have to deal with 6-foot-10 Ivo Karlovic's big serves in the third round, and the No. 2-seeded Spaniard could meet Murray in the semifinals.