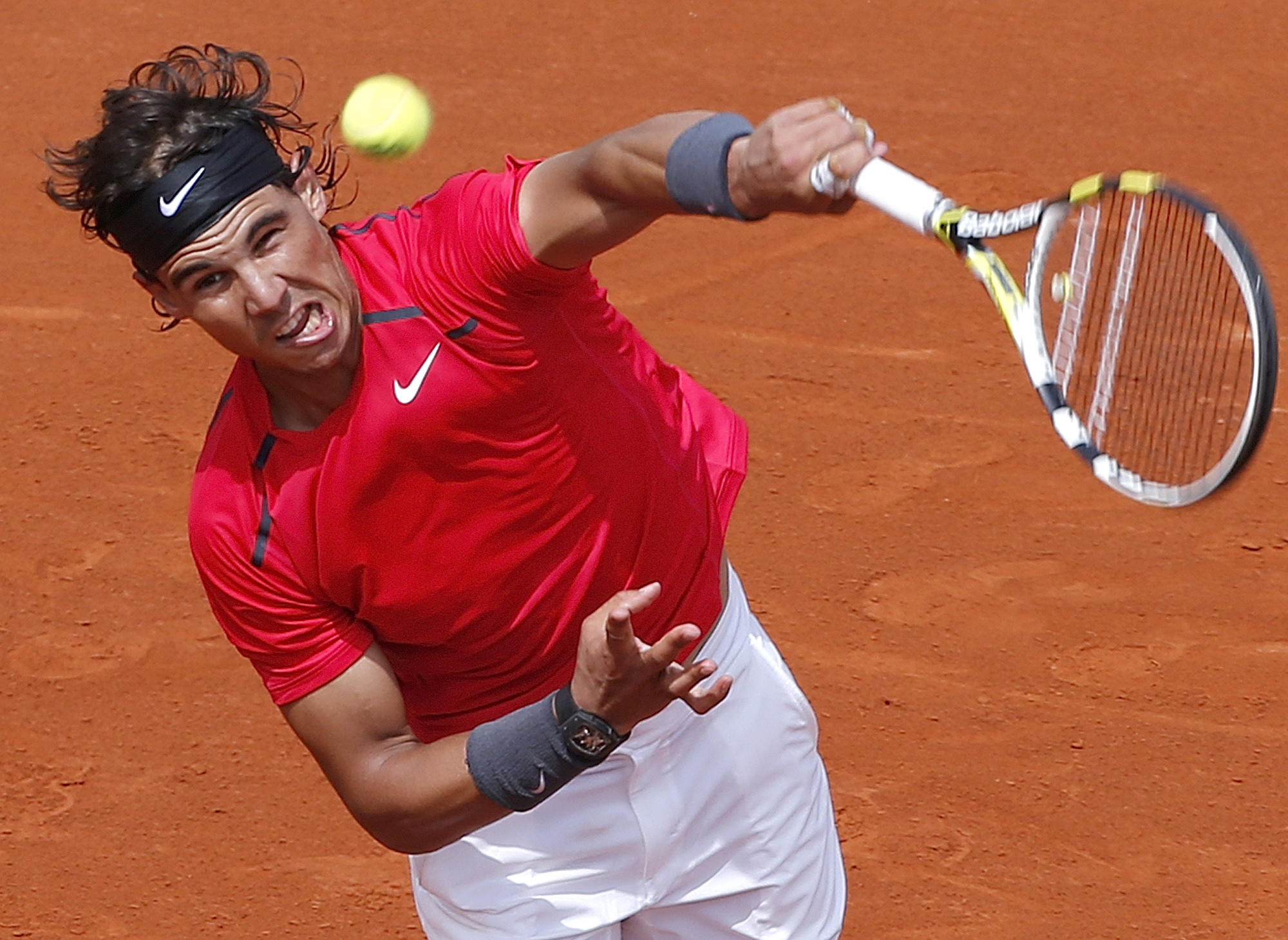 (AP) PARIS - Grimacing in pain with almost every step, Andy Murray nearly had to call it quits because of a back spasm at the French Open on Thursday.

Instead, the fourth-seeded Brit rebounded from an awful first set to beat Jarkko Nieminen 1-6, 6-4, 6-1, 6-2 and reach the third round.

"I was a few points probably from stopping," Murray said. "I just didn't really want to stop the match. Then at the end of the second set I started standing up at the change of ends, and my back started to loosen up a little bit."

A few hours later on the same court, 10th-seeded John Isner of the United States produced yet another marathon match, but this time lost 18-16 in the fifth set.

Defending champion Rafael Nadal also made it to the third round, defeating Denis Istomin of Uzbekistan 6-2, 6-2, 6-0 and improving his record at Roland Garros to 47-1.

The second-seeded Spaniard has won the French Open six times, and one more will break the record he shares with Bjorn Borg.

Murray could barely walk straight when the first match of the day started on Court Philippe Chatrier, gingerly trotting around the red clay with the equivalent of a big target on his back. Nieminen took advantage, at the beginning.

But after losing the first four games, Murray called for a trainer. He then broke back to 4-1, and needed more treatment during the changeover.

It was then that he started to consider retiring from the match.

"It was around that period, end of the first set, and then when I played a couple more games," Murray said. "Then I was thinking whether to keep playing or not.

Despite being broken to open the second set, Murray started to move better and make his shots count. By the time he broke back for 4-4, Murray was the one getting stronger.

"I really never got the momentum back."

Last year, Murray injured his right ankle at the French Open, but he still made the semifinals. This year, he skipped the Madrid Open with a back problem and said it was still affecting him after a three-set loss to Richard Gasquet in the third round of the Italian Open.

Murray said Thursday's injury was different, but that his trainer advised him that he couldn't do any permanent damage by playing, so he continued despite the discomfort.

"Then, obviously, it didn't feel good. So they were telling me to stop, and then I just kept going, and then it started to feel a bit better," Murray said.

No. 5 Jo-Wilfried Tsonga of France and No. 6 David Ferrer of Spain also advanced, while Wimbledon champion Petra Kvitova reached the third round by beating Urszula Radwanska of Poland 6-1, 6-3.

Kvitova secured her first Grand Slam title at Wimbledon last year, and then won the WTA Championships. Although she has yet to win a title in 2012, she is seeded fourth in Paris and is expected to go deep into the tournament.

Radwanska is the younger sister of third-seeded Agnieszka Radwanska. The elder sibling reached the third round on Wednesday by beating seven-time Grand Slam champion Venus Williams.

Caroline Wozniacki also made it through. The ninth-seeded Dane, who last year spent all but one week as the No. 1-ranked player, beat Jarmila Gajdosova of Australia 6-1, 6-4.

Wozniacki is still looking for her first Grand Slam title. At Roland Garros, she has never been past the quarterfinals, losing at that stage in 2010.