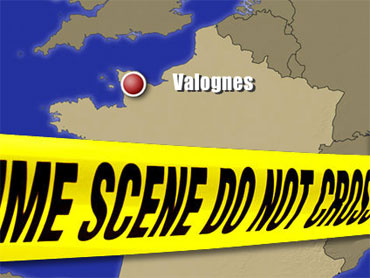 A 38-year-old woman acknowledged Monday killing six of her newborns, whose corpses were found in plastic bags in her basement, at the opening of a chilling trial in northwest France.

Celine Lesage faces life in prison if convicted by the jury in the courthouse in Valognes, near the Atlantic coast, on charges of aggravated homicide.

Lesage bowed her head and avoided the gaze of those present in the courtroom while the charges were read. Afterward, she said in a soft voice, "I acknowledge the facts."

Chief Judge Herve Locu pressed her to find out whether the babies had been stillborn or born alive.

After repeated questioning, Lesage responded: "They were alive."

She was arrested in 2007 after her partner at the time discovered the corpses in plastic garbage bags in the basement of their apartment building in Valognes.

Her lawyer Veronique Carre said Lesage "does not contest the facts ... but isn't explaining them either." Several medical and psychological experts are expected to testify in the four-day trial.

"We are here to try to understand you before judging you," the judge told Lesage at the trial Monday.

During questioning by investigators, Lesage acknowledged strangling two of the newborns and suffocating four others, according to judicial documents. The babies were born between 2000 and 2007.

She told investigators that the father of five of the newborns was ex-boyfriend Pascal Catherine, who was detained for questioning after Lesage was arrested in 2007. She said the father of the sixth newborn was the partner who discovered the corpses, Luc Margueritte, a plaintiff in this week's trial.

At the time of her arrest, prosecutor Michel Garrandaux said she described giving birth to the first five alone in the apartment she shared with Catherine, her boyfriend at the time. Garrandaux said the boyfriend "was far from unaware" of her pregnancies. However, the investigation against him was dropped. He will testify as a witness Tuesday.

The prosecutor contends that when Lesage and boyfriend Catherine split up in 2006, Lesage moved in with her new boyfriend, and brought the plastic bags from her old basement to her new one.

Her trial comes after a more highly-publicized case involving a Frenchwoman convicted last year of murdering three of her newborn children. Veronique Courjault's husband discovered two of the corpses in a freezer while the two were living in South Korea. During the trial psychiatrists testified that she suffered from a psychological condition known as "pregnancy denial."

Germany also has seen a string of similar cases. In one, a woman was convicted of manslaughter in 2006 and sentenced to the maximum 15 years in prison for killing eight of her newborn babies and burying them in flower pots and a fish tank in the garden of her parents' home near the German-Polish border.
By Associated Press Writer Frederic Veille