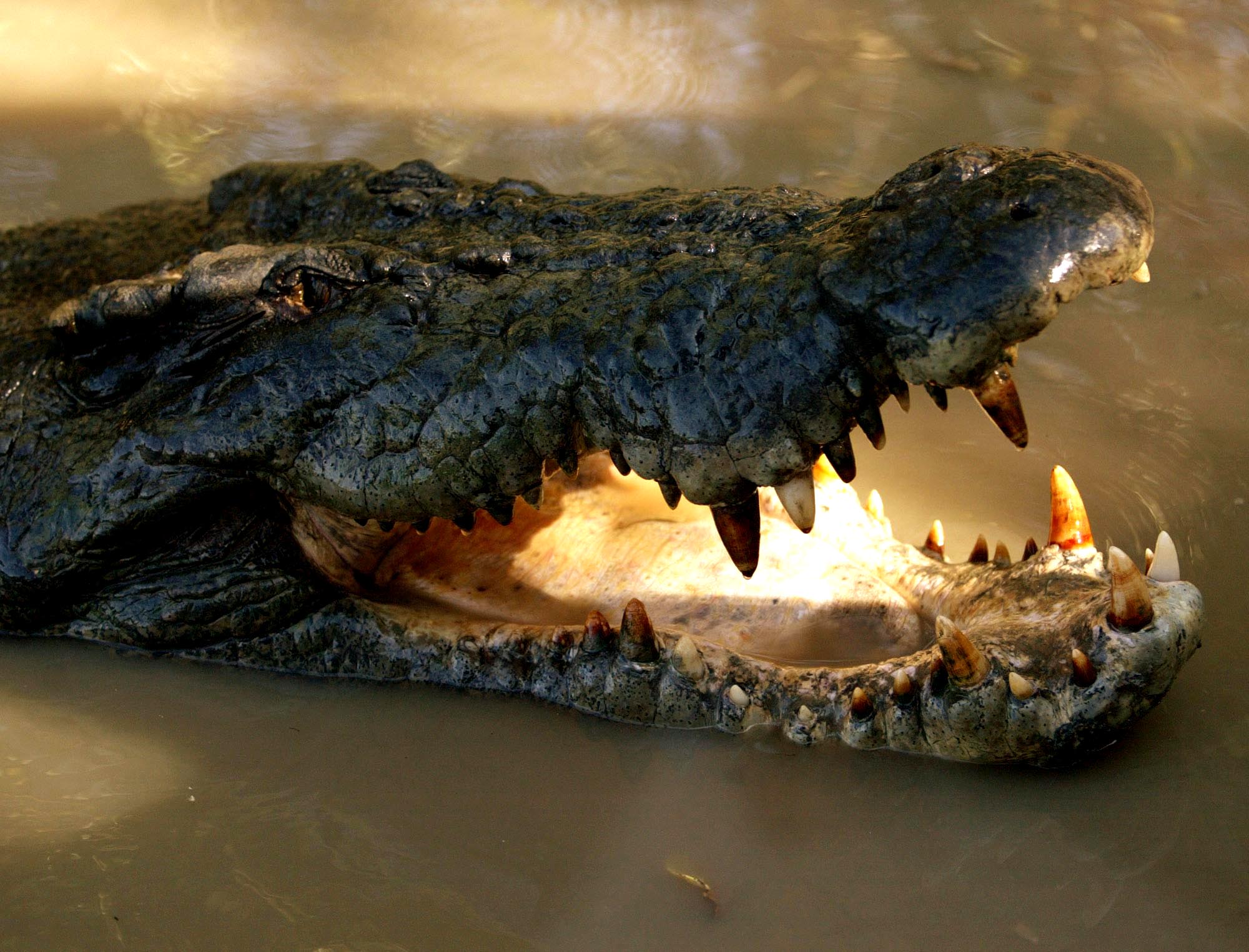 BRISBANE, Australia - A woman struggled in vain to drag her friend from a crocodile's jaws off a northeast Australian beach, police said on Monday.

The pair were in shallow water at Thornton Beach in the World Heritage-listed Daintree National Park in Queensland state when the 46-year-old woman was taken by the crocodile late Sunday, Police Senior Constable Russell Parker said.

"Her 47-year-old friend tried to grab her and drag her to safety but she just wasn't able to do that," Parker told the Australian Broadcasting Corp.

Police said the women were swimming in waist-deep water, while paramedics reported they were wading in knee-deep water when the crocodile struck.

A rescue helicopter fitted with thermal imaging equipment failed to find any trace of the missing woman Sunday night, Parker said, with the search resuming Monday with a helicopter, boat and land-based search teams.

The missing woman is from Lithgow in New South Wales state.

The survivor from Cairns, 58 miles south of Thornton Beach, was taken to a hospital in Mossman suffering from shock and a graze to her arm inflicted as the crocodile brushed against her, Queensland Ambulance Service spokesman Neil Noble said.

"The report that we have from the surviving woman is that they felt a nudge and her partner started to scream and then was dragged into the water," Noble told ABC.

The two women might not have been aware that the area was well known as a crocodile habitat, Parker said.

But Warren Enstch, who represents the area in the Australian Parliament, said the beach was beside a creek where tourism operators run crocodile-spotting tours. Enstch said the two tourists had to have seen plentiful crocodile warning signs in the region.

"You can't legislate against human stupidity," Entsch said. "If you go in swimming at 10 o'clock at night, you're going to get consumed."

The attack occurred near where a 5-year-old boy was taken and killed by a 14-foot crocodile from a swamp in 2009 and a 43-year-old woman was killed by a 16-foot croc while swimming in a creek in 1985.

Last year, crocodile attacks had become so alarming, a veterinarian urged authorities to start issuing warnings to boaters after one was snatched out of his boat while fishing by a leaping croc.

Darwin-based crocodile expert Grahame Webb said while most crocodiles were found in rivers, swamps and other protected waterways, open beaches in northern Australia were not safe.

"There've been quite a lot of attacks off beaches and off coral reefs where people are snorkeling," Webb said.

Crocodile numbers have boomed across Australia's northern tropics since they became a protected species under federal law in 1971, and they pose an increasing threat to humans.