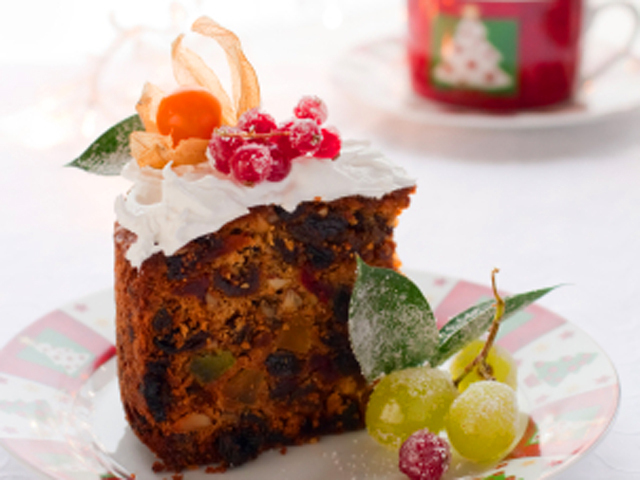 Got fruitcake? It's  the butt of many a holiday joke in the United States,  but the dessert is downright venerable in the United Kingdom, where it's a regular part of wedding menus.

It reportedly will be part of Kate Middleton and Prince William's wedding menu on April 29.

PICTURES: What to wear to a royal wedding
PICTURES: Royal engagement frenzy

People magazine reports that British wedding designer Sarah Haywood says couples usually store the top layer of the cake in a tin and serve the fruitcake at their first child's christening.

Haywood tells People about a current trend: "Each tier [of the cake] will be different," she says, "and we usually put the fruitcake at the top."

A traditional fruitcake is made with fruit, candied nuts and spices.