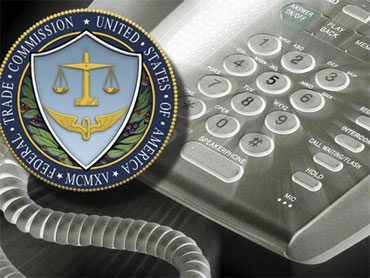 Many of those annoying prerecorded telemarketing calls will be history starting Sept. 1.

The Federal Trade Commission said Thursday that it is banning these "robocalls" to consumers, unless the telemarketer has written permission from a customer that he or she wants to receive these calls.

FTC Chairman Jon Leibowitz said American consumers have made it "crystal clear that few things annoy them more than the billions of commercial telemarketing robocalls they receive every year."

The ban is part of the amendments to the FTC's Telemarketing Sales Rule unveiled a year ago.

But there are exceptions. Calls that are not trying to sell goods and services to consumers will be exempt, such as those that provide information like flight cancellations and delivery notices, and those from debt collectors.

Other calls not covered by the Telemarketing Sales Rule include those from politicians, charities that contact consumers directly, banks, insurers, phone companies, survey calls and certain health care messages such as prescription notifications. These don't fall under the jurisdiction of the FTC, a commission spokesman said.

Before the ban, consumers had to specifically join a do-not-call list to avoid prerecorded telemarketing calls. But after Sept. 1, consumers shouldn't get most of these calls anymore. If they do get one, they can file a complaint with the commission online through FTC.gov or by calling (877) FTC-HELP.

Consumers already on the National Do Not Call Registry should not be getting live and prerecorded telemarketing calls. But now, all consumers are protected from getting most robocalls. That leaves telemarketers with the limited option of making a live call to someone not on the registry.

"If consumers think they're being harassed by robocallers, they need to let us know, and we will go after them," Leibowitz said.