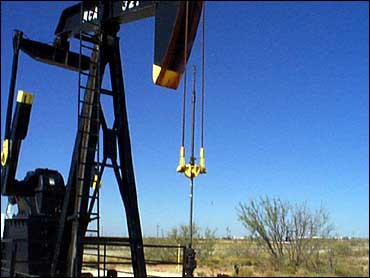 The largely Republican-crafted bill was approved 249-183 after two days in which the GOP majority turned back repeated attempts by Democrats to add measures they said would reduce energy use, including a proposal for higher automobile fuel economy requirements.

To foster less energy use, the House bill calls for extending daylight-saving time by two months and offers tax breaks for homeowners to install more energy efficient windows and insulation. The bill also requires refiners to use more corn-based ethanol in gasoline.

The bill includes $12 billion in tax breaks and subsidies for energy companies, more than the Bush administration said it wanted. Nevertheless the White House strongly endorsed the measure.

After passage, President Bush praised the bill as "an important step to secure our energy future and to reduce our dependence on foreign sources of energy." Energy Secretary Samuel Bodman said the measure was not perfect, but "we now have a bill, something to work with."

Democratic critics of the legislation argue that it will have little impact on U.S. reliance on oil imports and fails to address high gasoline and other energy prices.

One contentious issue during debate involved the gasoline additive MTBE. The bill calls for shielding MTBE makers from product liability lawsuits stemming from contamination of drinking water supplies. Democrats warned the liability waiver would leave the public with billions of dollars in cleanup costs.

An attempt by Rep. Lois Capps, D-Calif., to strip the MTBE assistance from the energy bill was defeated, 219-213.

Capps said groundwater contamination from the gasoline additive has affected more than 1,800 community water systems in 29 states with a potential cleanup cost of $29 billion. MTBE makers, including large oil companies and refiners, dispute that estimate but have argued they need liability protection because of an expected surge in lawsuits.

The MTBE provision has been a top priority of Majority Leader Tom DeLay and Rep. Joe Barton, chairman of the Energy and Commerce Committee, who argue that Congress endorsed the widespread use of the additive when it required gasoline contain an oxygenate to help clean up the air.

Both are from Texas where major MTBE manufacturers are located.

The energy bill would shield these companies from lawsuits claiming that MTBE is a defective product and that the companies knew all along it would cause water contamination problems. At least 80 lawsuits involving MTBE have been filed.

The bill also calls for phasing out MTBE use by the end of 2014 — longer than MTBE critics say is necessary — and would provide $2 billion over eight years to help the manufacturers shift away from making the additive.

"They're not giving MTBE manufacturers a slap on the wrist. They're giving them a pat on the back," said Democratic leader Nancy Pelosi of California where MTBE contamination has been widespread. "It is the taxpayers who are stuck with the bill."

The MTBE issue was blamed for blocking approval of energy legislation in the Senate in 2003 as Democrats waged a filibuster against the provision. It is expected to cause a problem with the bill in the Senate again.

The White House expressed reservations about the extent of subsidies and tax breaks for oil and gas companies, particularly $2 billion for research into deep water oil and gas development.

DeLay, who has been fighting allegations of unethical conduct involving his travels and other issues, has been the primary force behind both the MTBE industry assistance and money for deep-water drilling research.

The administration believes the energy bill should not contain any new taxpayer subsidies for oil-and-gas exploration, said the president's Office of Management and Budget.

Democrats denounced the overall bill as a giveaway to traditional energy industries.

It is "clearly designed to help energy companies make more money, not help the American people save money," Pelosi told reporters, describing the bill as "anti-consumer, anti-taxpayer and anti-environment."

By a vote of 231-200, the House late Wednesday rejected an attempt to strip from the bill a section to allow oil drilling on the coastal plain of the Arctic National Wildlife Refuge in northeastern Alaska. The House has given the go-ahead for drilling there twice in the past four years, only to see the issue die in the Senate each time.

Most of the measure's billions in tax would go to promote the coal, nuclear, oil and natural gas industries. In addition it calls for $2 billion over 10 years to fund research into oil and gas recovery in extremely deep areas of the Gulf of Mexico.