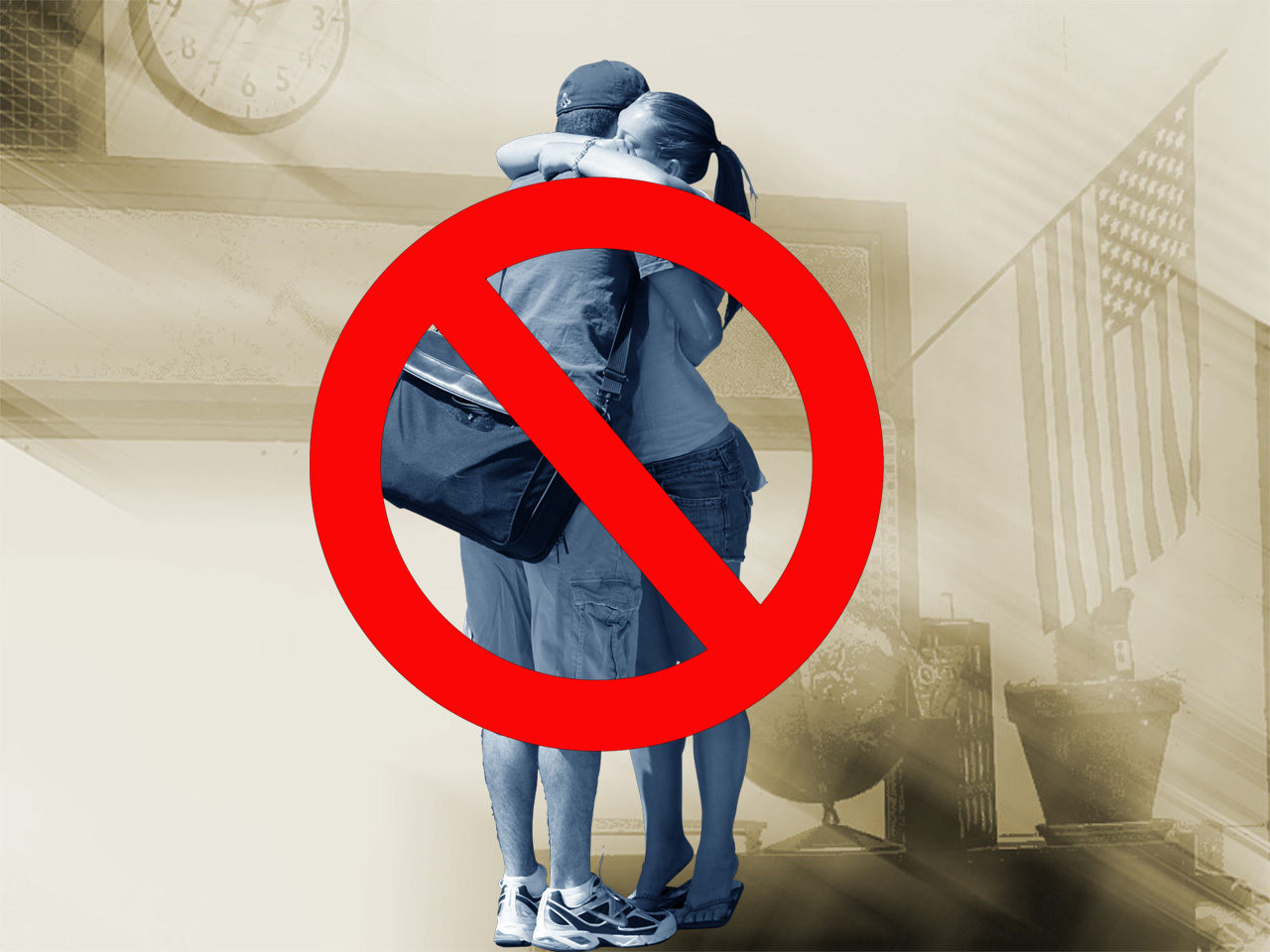 DULUTH, Ga. - A high school senior won't graduate on time after being suspended for one year for hugging a teacher.

Surveillance camera video captured Sam McNair, 17, entering a room, placing his arms around the back and front of the teacher and tucking his head behind her neck.

The teacher alleged in a discipline report that McNair's cheeks and lips touched the back of her neck and cheek, according to WGCL.

The 17-year-old denied he sexually harassed his teacher or that he kissed her. He said he has hugged his teachers many times before, including this one, and has never been warned about doing so. WGCL reports McNair has previous suspensions, but none for sexual harassment.

However, the teacher alleged in the discipline report that she warned McNair about giving teachers hugs and that they were inappropriate, the station reported.

The boy's mother, April McNair, was shocked when the district told her that her son was suspended for giving a hug. She told WGCL that the district should have notified her prior to taking any action that could jeopardize his college plans.

"He's a senior," April McNair said. "He plays football, getting ready for lacrosse. And you're stripping him of even getting a full scholarship for athletics for college."

A spokesperson for Gwinnet County Public Schools would not comment on the case specifically, but said in a statement that "hearing officers consider witness testimony, a review of the known facts, and a student's past disciplinary history . . . when determining consequences."

CBS Atlanta News
Sam McNair (who says he and his mom are both huggers) told WGCL's Jeff Chirico he does not think that he should be punished for a hug. "You never know what someone's going through. I hug might help. But in this case it hurt, right?"

A district spokesperson couldn't comment on the case but says parents can appeal the decision to the school board.