After going without a goal for his first nine NHL games, Pittsburgh's Maxim Galanov made up for things in a hurry against the Philadelphia Flyers.

Galanov scored his first two NHL goals, including the game-tying score with 5:24 left in the third, as the Penguins rallied from a three-goal deficit to tie the Flyers 4-4 Tuesday night.

Galanov had been in the New York Rangers' organization until the Penguins chose him in this year's waiver draft.

"We've only seen him for a few games but he's obviously a real nice offensive player," Pittsburgh coach Kevin Constantine said. "He's got a good, quick, hard, smart shot. It will take a little while for us to get to know how good he is defensively."

The Flyers' three-game losing streak ended but Philadelphia is 1-4-2 since starting the season 4-0-1.

"If you get out to a 3-0 lead, you've got to make that stand up," Flyers goaltender John Vanbiesbrouck said. "I have a hard time accepting that we're walking out of here with a 4-4 tie."

The Penguins lost goalie Peter Skudra with 1:29 left in the third after a collision in the crease with the Flyers' John LeClair caused a bruise in his lower left leg. Pittsburgh is already without No. 1 goalie Tom Barrasso, who missed his seventh consecutive game on Tuesday because of a groin injury. Rookie Jean-Sebastian Aubin finished the game.

Skudra was helped from the ice by two teammates and is scheduled to be evaluated on Wednesday. The Penguins' next game is Thursday in Ottawa.

Galanov beat Vanbiesbrouck from the same spot on both goals, firing shots from the top of the left circle.

Philadelphia scored on its irst power-play chance at 2:19. Dan McGillis' shot went over the net and bounced off the backboards to Rod Brind'Amour, who scored his fifth.

Eric Lindros made it 2-0 at 5:36, converting LeClair's pass from behind the net. Chris Therien got the third goal on a power play at 11:28. Andy Delmore's rebound caromed to Therien on the left wing side and he one-timed a shot over Skudra.

The Penguins scored two goals in seven seconds, one second short of the franchise record. Galanov got his first goal on a power play at 15:45 of the first. Robert Lang stole the puck in the neutral zone after the ensuing faceoff and Jaromir Jagr scored on the rebound of Lang's breakaway.

"I made a bad decision there," LeClair said. "Eric won the faceoff and I should have just swept the puck to the boards. Instead, I tried to get back to the defense."

The Flyers restored a two-goal lead at 4-2 at 6:13 of the second. Lindros backhanded a pass to Mike Malenuk, who beat Skudra for his second.

Pittsburgh answered with a goal at 14:27 that had to be supported by video replay. German Titov picked off Vanbiesbrouck's clearing attempt at the blue line and fed a pass to Jaromir Jagr. Replay official Jim Weaver ruled that Lang was not in the crease. After the game, the goal that had originally been credited to Jagr, was given to Lang.

Trump says his "journey" is "far from being over" 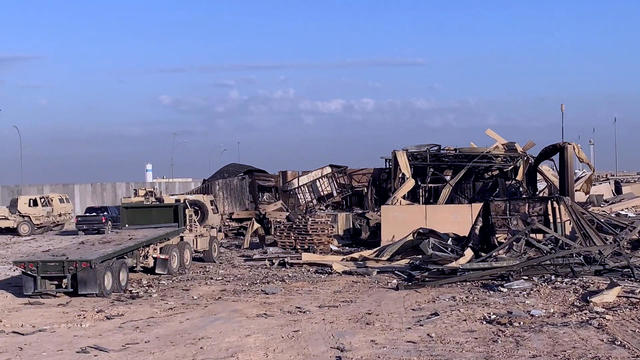