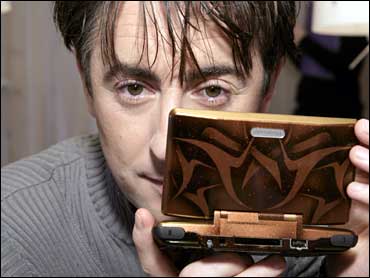 Handheld games and game systems are apart of a growing mobile industry trend. Gaming on the go is getting bigger and bigger.

Today, the GameBoy (GB) has also begun to infultrate the more adult market, providing games with a more mature theme. Since the 80's, Nintendo has made many advances on the GB system technology, and with their current version, the Nintendo DS, have gained even more popularity.

"Nintendo DS is already a hot system, but the one-of-a-kind DS units really created a bidding frenzy among the celebrities," says Perrin Kaplan, Nintendo of America's vice president of marketing & corporate affairs. "And best of all, along with Nintendo's contributions, two very worthy charities will benefit from their generosity."

For more information about Nintendo, visit the company's Web site at www.nintendo.com.

By William Vitka and Chad Chamberlain