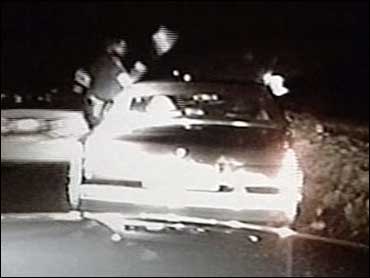 The final 40 seconds of a game rarely mean much when the outcome has long been decided.

But this was Florida-Georgia. And Steve Spurrier has a long, long memory.

That's why he called for an end-around when taking a knee would have been more appropriate. And that's how No. 5 Florida got the final touchdown in a 38-7 victory Saturday over No. 19 Georgia at "The World's Largest Outdoor Cocktail Party."

"Why not go for it?," Gators receiver Alex Willis said. "We huddled up on the sideline, coach called the play, told us to block really well and get it in the end zone. Nobody thought twice about it."

Almost everyone on the Georgia side took it in stride and said they would do the same thing if given the chance.

Spurrier said one reason he did it was to give poll voters an impressive score to view as the Gators try to gain ground in the Bowl Championship Series standings.

"It was a lot closer game than the score indicated," he said.

Florida did leapfrog over No. 6 Florida State -- also a winner Saturday -- in the latest Associated Press poll. But people who believe that line of thinking are kidding themselves.

This was just another in a series of paybacks for Spurrier, who has seen the Bulldogs ruin many a Florida season in his years as quarterback and coach of the Gators.

A close second might have been last year -- a 37-17 Georgia victory that marred Spurrier's 7-0 record against the Bulldogs as Florida's head coach and knocked the Gators out of the SEC title hunt.

"Against any other team, we probably take the knee," linebacker Mike Peterson said. "But the way they dius last year, the way their fans were cussing us, I would have been upset if coach would have taken a knee there."

So, after Teako Brown returned a fumble to the Georgia 8 with 43 seconds left, Spurrier called timeout, lined his team up in a five-receiver set and gave the ball to receiver John Capel, who sliced through an exhausted Georgia defense for the final score.

"It was a trick play, but that's Spurrier and everybody knows him," Georgia's Champ Bailey said. "That was nothing that was surprising to me."

The next question is, how far will the momentum of the victory take Florida? It was the Gators' second-best offensive performance of the season, only behind their 51-35 victory over Kentucky in September.

Still, they remain a game behind Tennessee, without the tiebreaker edge and with just two SEC games remaining.

They're hanging around in a big group of good teams with one loss, but it would take a variety of breaks from all different places to truly have a chance to play for the national title.

No matter how it ends, they'll be happy knowing they accomplished at least one major goal for this season -- beating Georgia.

"They thought they had pulled even with us," Florida receiver Travis McGriff said. "We wanted to go out there and show them they hadn't."