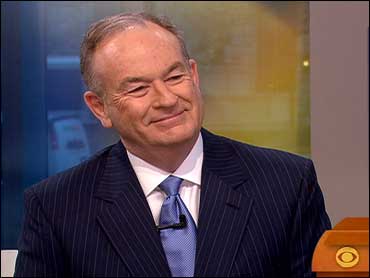 It was the first time that GE, the parent company of NBC News and MSNBC, had publicly responded to accusations made by O'Reilly on his Fox show.

Olbermann also kept up his attacks, naming O'Reilly one of his "worst persons in the world" on Tuesday's show. The two men have taken their feud to a new level ever since The New York Times reported on Aug. 1 that the chief executives of both parent corporations of the cable news channels - News Corp. as well as GE - had encouraged them to cool things down.

O'Reilly said on Tuesday that his show's sources say there is a federal investigation into whether American companies supplied components being used in roadside bombs aimed at American soldiers. He said that radio frequency modules inside some bombs were part of a shipment made by a U.S. company to Corezing International, a Singapore company that does business with Iran.

O'Reilly said that his show "has been told, but cannot confirm, that the General Electric corporation is under suspicion in the case."

GE spokesman Gary Sheffer said he was surprised by the report, given O'Reilly's admission that he could not confirm GE's involvement.

GE does not do business with Corezing, and does not produce the radio frequency modules that were described in the report, he said.

"We usually do not respond to the misleading and inaccurate claims made on this program because very few people take them seriously," Sheffer said, "but tonight's report took this smear campaign to a new low."

A Fox News spokeswoman, Irena Briganti, had no immediate comment about GE's statement. FBI spokesman Steve Kodak said the bureau does not comment about any investigations it may be doing.

Sheffer said he believed O'Reilly's report was tied to the MSNBC feud.

Briganti did not comment on GE's assertion that O'Reilly's story was done because of the feud. Fox issued a statement last week about GE and NBC: "Both organizations are covered as news warrants."

Olbermann, for his part, has named O'Reilly one of his "worst persons of the world" three times in the seven shows he's done since report of the supposed truce. He condemned O'Reilly on Monday for spending too much time talking about O'Reilly's own ratings.

"As a reporter, I wouldn't send Bill O'Reilly to cover a john overflowing," Olbermann said.