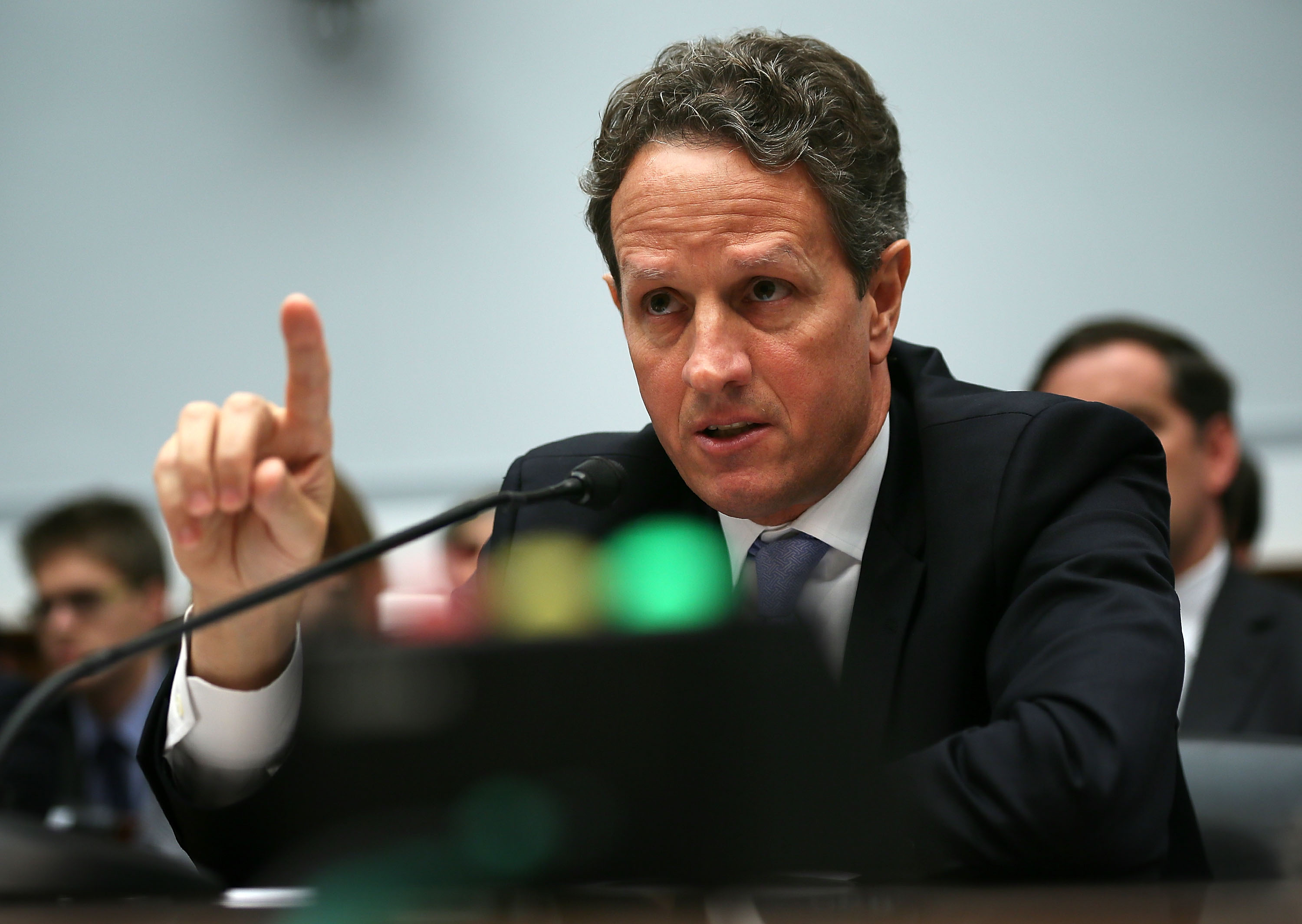 (AP) WASHINGTON - Treasury Secretary Timothy Geithner is putting pressure on the Securities and Exchange Commission to overhaul its rules for money-market mutual funds.

Geithner sent a letter Thursday to members of the Financial Stability Oversight Council seeking their help in pressuring the SEC to change its rules. Geithner, who heads the panel, said the changes are necessary to protect the system.

SEC Chairman Mary Schapiro has pushed for the changes. But she abandoned them last month because three of the agency's five commissioners oppose new rules.

The changes were sought after a big fund collapsed during the 2008 financial crisis. One proposed change would require funds have capital cushions, like banks.

The SEC would be required to adopt the council's recommended changes or explain why it failed to act.