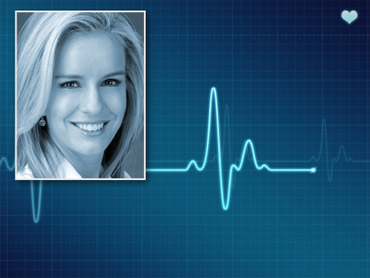 Heart disease is the leading cause of death for both men and women. But a new study presented at the American College of Cardiology shows women who have heart attacks are twice as likely to die within one month than men.

CBS News Medical Correspondent Dr. Jennifer Ashton explained it's known in the cardiology and medicine world that women "just don't do as well" as men after heart attacks. She said doctors don't know why yet.

She said, "It's not clear whether there are differences in their biology. We know that their hearts are slightly smaller, so the blood vessels that supply the heart are slightly smaller. That may be a reason. It's be theorized that hormones might be a reason, but this study, which came out of France, showed that (women) actually get different care. There is something that we can do in the medical community that could potentially impact their survival rate."

In terms of care, some of the things that are routinely done for men, Hill pointed out from the study, would be advisable for women, too.

Ashton said, "We're talking usually about invasive testing, both diagnostic and therapeutic -- so things we do to see what's going on to treat heart attacks like angioplasty. ... Women just don't get them as much as men do, and this might be a reason why they don't live as long."

Ashton said it isn't clear why women don't receive the same treatment, but acknowledged, "There is some gender bias that again, we're trying to break through in medicine."

As for the heart attacks themselves, Ashton said men and women can have different symptoms.

She said typically when one thinks of a heart attack, it's all about the chest pains. But she said that isn't necessarily the case with women. Women can have in addition to or instead of chest pains: shortness of breath, weakness, unusual fatigue, or nausea.

"These are things that both women, as patients, as well as doctors need to have their radar up," Ashton said. "They need to have a higher sense of vigilance when they're trying to exclude a heart attack."

Ashton added women tend to go to the doctor later and delay treatment.