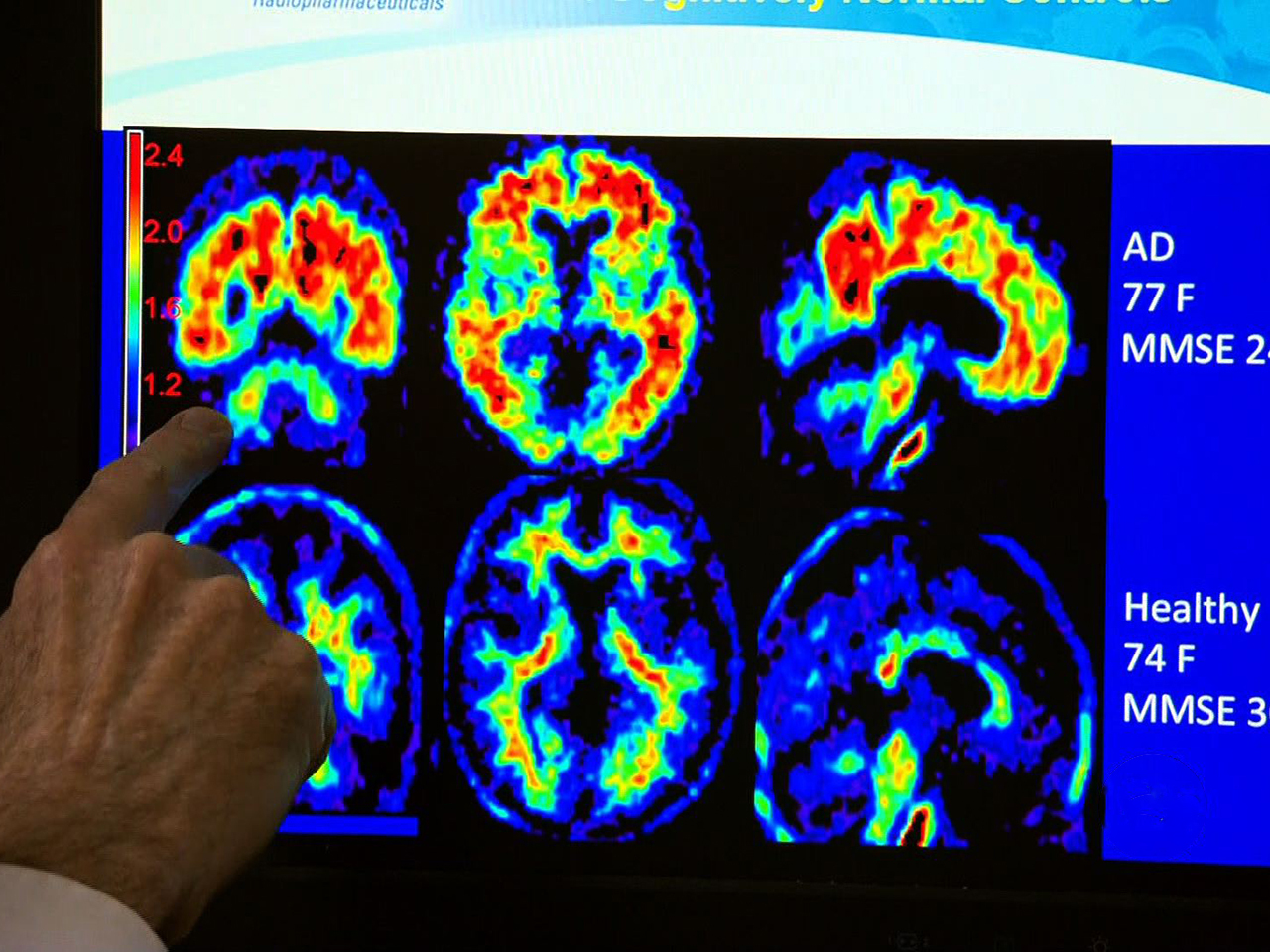 Scientists have discovered another gene mutation that may indicate if a person is more likely to get Alzheimer's, a remarkable breakthrough in a field that hasn't seen major progress in a decade.

Two independent studies published in the New England Journal of Medicine on Nov. 14 revealed that people who had a certain mutation on their TREM2 gene were shown to be three to five times more likely to get Alzheimer's than those without the mutation. The rate is comparable to the number of people who get late-onset Alzheimer's who have an ApoE4 gene mutation, which is about 40 percent.

When a person has a working TREM2 gene, their white blood cells get rid of a plaque-forming protein known as beta amyloid that builds up on cells connected to inflammatory response called microglia, the New York Times reported. People who have the genetic mutation variant R47H on the gene aren't able to clean up their cells. Scientists believe that beta amyloid plaque on the brain is one of the markers of the disease.

"This discovery provides an increasingly firm link between brain inflammation and increased risk for Alzheimer's," Dr. Peter St. George-Hyslop, director of University of Toronto's Tanz Centre for Research in Neurodegenerative Diseases, said in a press release. "This is an important step towards unraveling the hidden causes of this disease, so that we can develop treatments and interventions to end one of the 21st century's most significant health challenges."

Alzheimer's disease is the most common form of dementia, affecting 5.4 million Americans according to the Alzheimer's Association. About one in eight elderly people living in the U.S. have the disease. It is the sixth-leading cause of death and the only one in the top 10 that cannot be prevented, cured or slowed. The disease, which usually occurs later in life in people 65 and older, starts with mild memory loss and progresses to the inability to carry a conversation or to recognize one's environment.

Recent studies have shown that Alzheimer's signs may be seen decades before diagnosis in people who have PSEN1 gene mutation, which has been linked to the early-onset form of the disease.

Clinical trials will test new drugs solanezumab from Eli Lilly and gantenerumab from Roche on their effectiveness of preventing the disease. Previously in July, solanezumab and bapineuzumab made by Pfizer were shown to be ineffective in treating people with late-stage and mild-to-moderate forms of Alzheimer's respectively. Solanezumab did show promise in treating mild forms, however.

Scientists came to the conclusion about the TREM2 mutation after two studies showed similar results. One study, which was led by researchers at the University College London among other universities, studied the DNA of 1,092 people with Alzheimer's disease and 1,107 people without the disease. The R47H mutation was found in approximately 1.9 percent of the group with the disease and only 0.37 percent of control group. They then tested a larger pool of about 6,700 Alzheimer's patients and 16,200 people without the disease to confirm their results.

"This strong effect rivals that of the well-established genetic variant known as APOE 4, and it was observed both in our study and in the independent study led by deCODE that was published with ours," Dr. Minerva Carrasquillo, assistant professor of neuroscience at the Mayo Clinic in Rochester, Minn, said in a press release. "R47H isn't fully penetrant -- meaning that not all people who have the variant will develop Alzheimer's and in those who do, other genes and environmental factors will also play a role -- but like APOE 4 it does substantially increase risk."

The other study, conducted by the deCode Genetics team in Reykjavik, Iceland, looked at the genome sequence of 2,261 Icelanders. They discovered that people who had the TREM2 mutation had a three times higher chance of getting Alzheimer's than those without it. An additional 2,000 people in the U.S. and Europe were tested, and results found similar rates. Also, people in the study who were over 80 and didn't have Alzheimer's but had the mutation had lower cognitive function than those without the mutation.

While the mutation only occurs in 0.3 percent of the population, it may give greater insight into how the TREM2 gene is connected to the disease and could lead to further information on how to combat and prevent it. Gerard Schellenberg, a pathologist at the University of Pennsylvania in Philadelphia who wasn't involved in the studies, told Businessweek that even if the overall effect touches on a few patients, the study proves it is a risk factor.

"Even if the genetic effect is small, that there's some risk associated with this gene makes it a valid target," Schellenberg said.