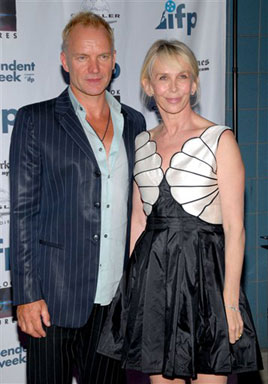 June 2, 2000size>
Gene therapy researchers are meeting about the current and future course of their work amid the controversy over what they've done in the recent past, CBS News Medical Correspondent Elizabeth Kaledin reports.

"We want to be a partner with the public because in the end all the research is done for the benefit of the patient," says Savio Woo, president of the American Society of Gene Therapy.

The death last September of 18-year-old Jesse Gelsinger at the University of Pennsylvania prompted a federal crackdown on experiments. Other trials have been investigated and shut down.

Now, researchers at the American Society for Gene Therapy are asking for the public's patience as they try to rescue what had been the hottest field in science.

They are having trouble recruiting patients into their trials. Without human subjects, says Dr Woo, gene therapy can not advance.

An effort to guarantee patient safety in clinical trials is now underway. Patients like Loring Leeds, who received gene therapy for lymphoma at City of Hope Medical Center, was not allowed to enroll in the trial without the consent of a patient advocate who made sure he knew the risks

"There are, of course, risks unknown in gene therapy and I knew that going into it," says Leeds.

And Leeds' doctor, John Szaia, adds, " The person that says yes, I expect to be cured of my disease, then we know they don't understand what this process is all about."

Government officials at Friday's meeting say that perhaps the most important patient protection is to stress that this is a field still in its infancy.

"This field is a field of gene transfer research," says Amy Petterson. "It is not yet gene therapy. It is medical research. These are experiments."

It's a difficult balancing act for a field with much potential: how to carry out experiments without damaging public trust so far. It seems to be proving almost as challenging as gene therapy itself.