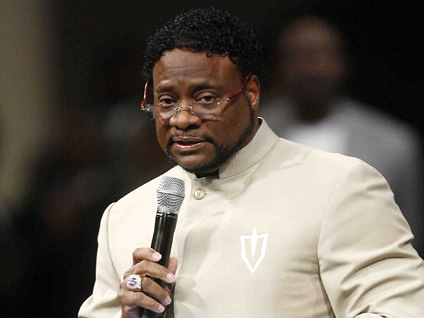 The military hasn't done a good enough job of explaining to the American people what is going on in Iraq and the political and military progress there, the chairman of the Joint Chiefs of Staff said Thursday.

Even so, Gen. Peter Pace, warned that battling terrorism will be a long war.

Speaking at the National Defense University at Fort McNair, Pace said he is often asked if the United States would be better off by ending the fight and leaving Iraq.

"There is no option other than victory," he said. "You need to get out and read what our enemies have said ... Their goal is to destroy our way of life."

Pace spoke a day after President Bush used a speech at the U.S. Naval Academy – and a 35-page White House report – to spell out what he called his strategy for victory in Iraq.

Mr. Bush's plan contained no new approaches and no start date for withdrawing U.S. troops. He urged patience, claimed steady progress and vowed to accept nothing less than "complete victory."

Sen. John Kerry, D-Mass., on Thursday said the president was ignoring "the realities on the ground" as military leaders have described them to Congress.

"The large presence of American troops in Iraq gives credence to the notion of occupation and in fact delays the willingness and ability of Iraqi troops to stand up," Kerry said on NBC's "Today" show.

"Until the president really acknowledges that that large presence is part of the problem, and begins to set a benchmark process for transferring responsibility to the Iraqis, we're going to continue with more of the same," he said.

House Democratic leader Nancy Pelosi of California embraced a call by a prominent defense hawk in her party, Rep. John Murtha, to begin a troop withdrawal. "The status quo is not working," Pelosi said.

And Murtha, a decorated Vietnam war hero, told a civic group in his home state of Pennsylvania that he believes most U.S. troops will leave Iraq within a year. He also said that he thinks the Army is "broken, worn out" and might not be able to meet future national security needs, the Pittsburgh Tribune-Review reported Thursday.

"Even according to the White House's own document, we are a long way from victory," said Sen. Edward Kennedy, D-Mass.

By next year, Mr. Bush said, U.S. commanders expect the Iraqi security forces to be able to assume more of the direct combat roles now performed by U.S. troops.

"We will continue to shift from providing security and conducting operations against the enemy nationwide to conducting more specialized operations targeted at the most dangerous terrorists," Mr. Bush said. "We will increasingly move out of Iraqi cities, reduce the number of bases from which we operate and conduct fewer patrols and convoys."

The implication is that fewer U.S. troops will be needed, at least for missions that have been causing the bulk of U.S. casualties. So far, more than 2,100 American troops have died in Iraq.

Mr. Bush's definition of victory in Iraq suggested years of additional U.S. military assistance. But it also may have set the stage for what Pentagon officials already have said is an expected 2006 drawdown of U.S. forces, which now total nearly 160,000. Mr. Bush emphasized recent progress in the training of Iraqi security forces, noting that they now control several sections of Iraq, including large portions of Baghdad.

"Victory will come when the terrorists and Saddamists can no longer threaten Iraq's democracy, when the Iraqi security forces can provide for the safety of their own citizens, and when Iraq is not a safe haven for terrorists to plot new attacks on our nation," he said.

It's not clear that terrorists have used Iraq as a haven to plot attacks on the United States, but Mr. Bush's remark suggested a link between terrorists now in Iraq and those who planned the 2001 suicide hijack attacks. The two "share the same ideology," Mr. Bush said, of seeking to "sow anger and hatred and despair."

Some military analysts wonder if the mission to defeat terrorists will ever be complete, reports CBS News chief White House correspondent John Roberts. A team from the Army War College warned this week that the U.S. may never be able to train an Iraqi force capable of securing the entire country — regardless of how long the troops stay.

While stoutly defending his war strategy, Mr. Bush also acknowledged some setbacks and cautioned that the months ahead would be difficult. He noted that the Iraqi security force originally created to fight the insurgents "proved to be no match" for the enemy, and that some early training for Iraqi police was inadequate.

CBS News correspondent Lara Logan reports that Iraqi soldiers complain they have to buy their own uniforms and pay for their own body armor because the government equipment is such poor quality. One commanding officer told her that the terrorists are better armed than they are.

The speech was the first in a series of planned presidential addresses aimed at shoring up public support for a war that has lasted much longer and caused more U.S. casualties than the administration originally expected.

"Our goal is to train enough Iraqi forces so they can carry the fight," Mr. Bush said. "And this will take time and patience."

Sen. Patrick Leahy, D-Vt., called the president's remarks "nothing more than a spruced up version of more of the same, riddled with feel-good rhetoric that bears little relationship to the facts facing our troops."