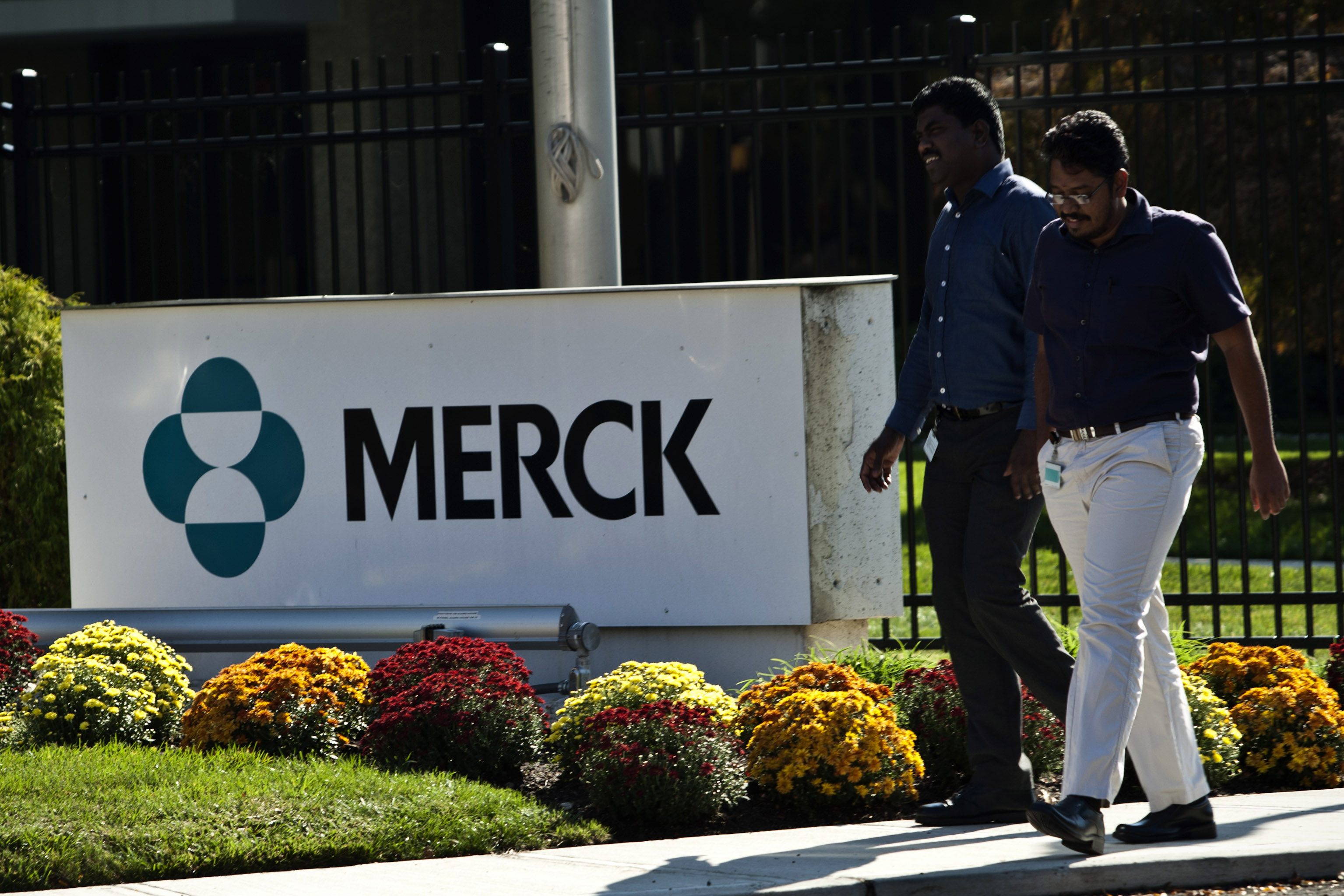 Results fell just short of Wall Street expectations, but company shares appeared to be headed for six-year highs before the opening bell Wednesday after the world's third-biggest drugmaker announced a new and potentially lucrative alliance.

Merck entered into collaboration agreements with three other drugmakers to test its hot experimental cancer drug in combination with theirs. The drug, known only as MK-3475, is in a new class of cancer medicines that are meant to restore the immune systems's natural ability to spot and target cancer cells.

The maker of Type 2 diabetes pill Januvia said that excluding one-time items, net income was $2.6 billion, or 88 cents per share. That's a penny shy of Wall Street expectations, according to a poll by FactSet.

"In 2013 we took decisive action to sharpen our focus, reduce our cost structure and advance our innovative research and development," CEO Kenneth Frazier said in a statement. "This year we are excited about the potential of our near- and long-term pipeline, poised for long-term growth and committed to providing continued value to patients, customers and our shareholders."