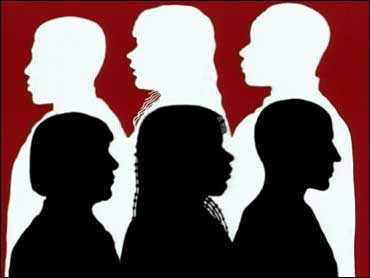 A genetic double-whammy rarely found in whites dramatically increases the risk of congestive heart failure in blacks and may help explain why they are more likely than whites to get the disease, researchers say.

The genetic combination plays a role in one-quarter of the cases of congestive heart failure diagnosed each year among blacks, said Dr. Stephen B. Liggett of the University of Cincinnati College of Medicine, who was a leader of the study.

The study found that a pair of genes that does nothing bad by itself can double the risk created by a second pair, generating a tenfold risk for heart failure in black people who have both.

About 5 percent of U.S. blacks have that combination, Liggett said. But it is far rarer among whites.

The study was published in Thursday's New England Journal of Medicine.

In an accompanying editorial, Dr. Roger J. Hajjar of Massachusetts General Hospital called the study "provocative," but said the researchers hadn't proven cause and effect.

Doctors have long known that blacks are more likely than whites to suffer from heart diseases and certain other illnesses, and are more likely to die from them. Some researchers have suggested that blacks receive inferior care, perhaps because of unconscious prejudice among doctors.

In fact, an analysis of 81 studies, released Wednesday as part of a campaign by major health foundations to close the racial health gap, found that the evidence that minorities get inferior cardiac care is compelling.

Liggett's study, however, is part of a growing body of research indicating that at least part the racial gap can be explained by genetics.

Discrimination, lack of access to care and other societal inequities are indeed a problem - but may not be the main reason for the gap, said Dr. Clyde W. Yancy of the University of Texas-Southwestern Medical Center in Dallas.

"When you control for those variables, there is still more heart disease in African-Americans. Particularly this disease called heart failure," he said.

Yancy said the next step is to find what other genes are involved, and how they affect patients' response to various drugs.

That would mean about 733,500 blacks have the disease. It shows up earlier and is more likely to have serious complications in blacks than in whites. Also, blacks do not get as much benefit from or need higher doses of ACE inhibitors and beta-blockers, two common groups of medicines for heart disease.

There is no one explanation for those differences. What you do and where you live also can increase the risk. High blood pressure, diabetes, high cholesterol, smoking and obesity all make it more likely.

That means people who have both gene pairs should do everything they can to eliminate the risks they can control, Liggett said.

One of the gene pairs in question increases production of a chemical that increases blood pressure, heart rate, and the heart's contraction and relaxation. The other gene pair makes heart cells which take up the chemical, norepinephrine, more sensitive to it.

Even though it was a rare combination in whites, the fact that it was present is important, Yancy said. He said that indicates that the risk may be in genetics, not race.