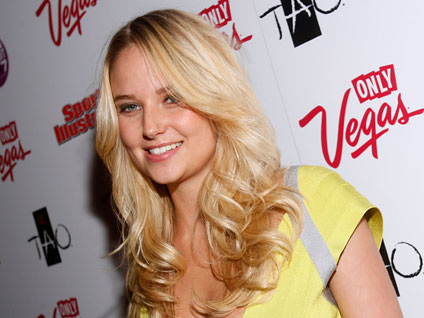 Morton also appeared in the March issue of the South African edition of the men's magazine FHM. The response to Morton appears to have been overwhelming - the page for Morton on the FHM website is broken.

In recent years, it's been unusual to have such a high-spirited act play the Super Bowl. Since Janet Jackson's "wardrobe malfunction" in 2004, halftime entertainment has been provided by a string of older - but still popular - performers like Bruce Springsteen, Tom Petty and the Heartbreakers and Prince.