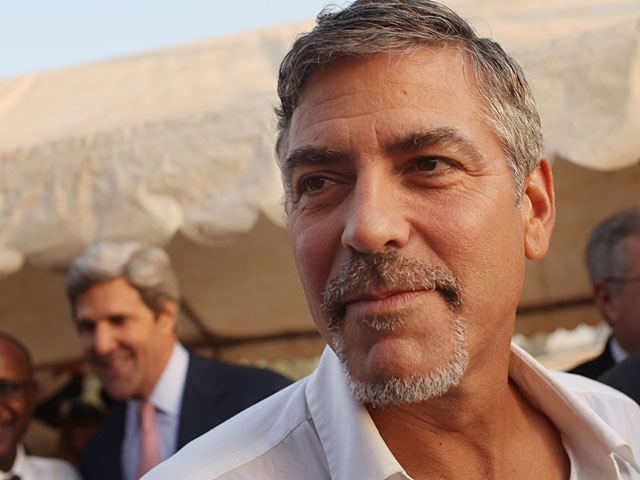 Fans in Cincinnati, Ohio, felt the heat as George Clooney prepared for the filming of his new movie, "The Ides of March," yesterday.

The movie, directed by and starring Clooney, is about a presidential campaign and has stirred up quite the conversation in Ohio with the tweeting of "Clooney sightings" by fans around the set. A casting call for 1,500 extras drew 23,000 responses.

Fans gathered around set for hours in 20-degree weather just to catch a glimpse of the star. "It's been fine," movie publicist Tracey Schaefer said of the crowds. "People have been very respectful of the boundaries."

This is the first time Clooney has made a movie in his home town.

"He's a hometown star, and it's great to see someone from here who is so successful," Lauren Wendling, a film buff fan from Cincinnati, told the AP. "It's a great experience for people who don't live in LA to just see how a movie is made."

Clooney has twice been named People magazine's Sexiest Man Alive, and is currently featured on Newsweek's cover for his role as a celebrity global activist for freedom and humanitarian efforts.